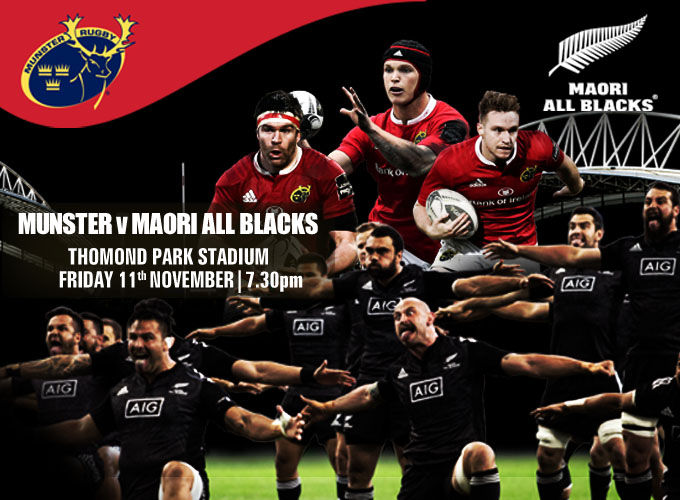 Following entries from across the province where clubs and schools submitted their Haka videos, High School CBS Clonmel have won a training session with the Maori All Blacks ahead of next Friday’s historic clash at Thomond Park.

The former school of Munster second row Dave Foley, High School CBS Clonmel’s winning video shows the 1st year/U14 rugby team performing the Haka led by Taine Walters. Taine's dad is from New Zealand and is a relative of current Maori All Blacks player Kara Prior who wins his first cap against the USA tonight. Taine's grandfather, Muru Walters, was also a Maori All Black and still holds the kicking points record – 211 points.

The Maori All Blacks play Munster on Friday November 11th at 7.30pm. Almost 25,000 tickets have now been sold for this game. Secure your tickets online here or from the Munster Rugby Ticket offices at Thomond Park and Irish Independent Park.