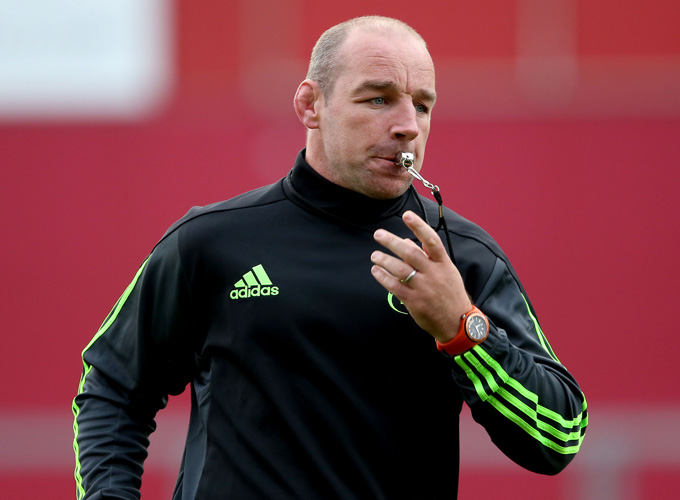 Elite Player Development Manager Peter Malone will assume the role of Munster A Head Coach for the coming season.

Previously taking charge of Munster A in the 2013/14 season, Malone is joined by Elite Player Development Officers Greig Oliver and Colm McMahon who take up the roles of Backs Coach and Forwards Coach respectively.  Alan Miller will continue as Team Manager.

Drawn against three English Championship sides in Pool 2 of this season’s British and Irish Cup, Munster A open their campaign on home soil, welcoming London Welsh to Midleton RFC next Saturday October 15th at 2.30pm.

Tickets for Munster A v London Welsh can be purchased online here or at the ground on matchday, while entry is free for all MRSC and 10 Year ticket holders on production of membership cards or season tickets.

On Saturday October 22nd, Malone’s men travel to Doncaster Knights, the side that defeated them in the 2015 quarter-final of the competition, before December's back-to-back fixtures with Rotherham Titans – playing away on Saturday December 12th with the return fixture at Ennis RFC on Sunday the 18th.

Friday-Night-Lights at Bandon RFC will provide the backdrop to Munster A's home encounter with Doncaster Knights on January 13th with the men in red concluding their pool campaign away to London Welsh on Saturday January 21st.

Click here for full Munster A fixtures and kick-off times.