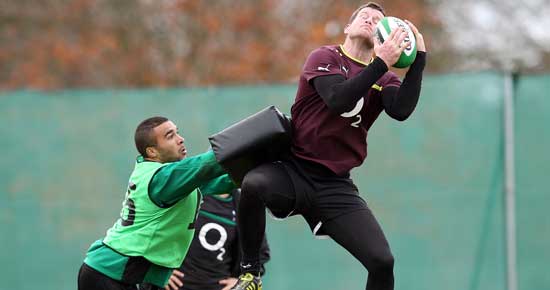 Support local men Dave Kilcoyne and Conor Murray and the men in green this Saturday in Thomond Park as they line out against Fiji, ko 5.30pm.

Kilcoyne who claimed his first Irish cap last weekend against South Africa starts in the front row alongside Sean Cronin and Mike Ross. He will have the experience and guidance of Donncha O'Callaghan behind him in the second row as he partners Dan Tuohy.

Check out our great value Family Pack where kids go free – 2 Adults and 2 *Juniors for €;30.

Strong Munster A Side

Costello Makes A Case For The Defence