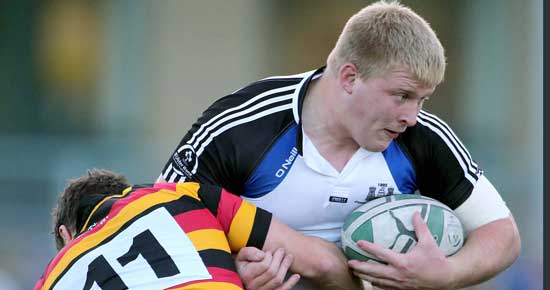 With the internationals taking centre stage for the next few weeks Munster players have been afforded the week off after their opening phase of rugby which produced six victories out of ten.

The rehab and S&C coaches will be kept busy with players like James Coughlan (groin), Sean Dougall (knee) and Niall Ronan (groin) who continue with their rehabilitation for the week, while our newest arrival CJ Stander has been introduced to his training programme and is following same.

Eleven players have been called up to international duty and those who have been involved at club level may continue to see some action again this weekend in the All Ireland League while the Academy players continue with their schedule as normal.

Those playing over the weekend included JJ Hanrahan who kicked 3 penalties and a conversion for UL Bohs in their victory against Garryowen, and he was joined by Cathal Sheridan and academy winger Darren Moroney. They turned out against Barry O’Mahony and academy players Shane Buckley, Corey Hircock, Ronan O’Mahony and James Rael.

Scott Deasy scored a try in Cork Con’s win away to Lansdowne and academy outhalf Johnny Holland kicked 2 conversions and 2 penalties. John Ryan who was on the bench for Munster the night before against Cardiff started also and academy players Philip Donnellan, Brian Hayes and Cathal O’Flaherty completed the Munster involvement.

Getting To Know James Downey