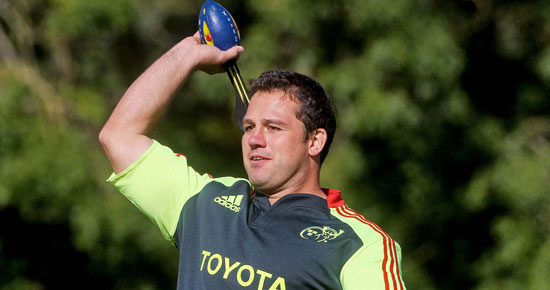 During the week we caught up with props Alan Cotter and Wian Du Preez as Cotter talks about his introduction to B&I Cup rugby, while du Preez talks about supporting the lads while he remains sidelined with a knee injury.

Alan Cotter recently spent time with London Irish and made his debut in the British and Irish Cup last week for Munster A against Plymouth. This week he faces the challenge of Aberavon RFC in Tralee RFC. View the video here.

Wian du Preez picked up a knee ligament injury in the Leinster game and misses out on Heineken Cup rugby this week but he along with the supporters will be shouting the lads on come Sunday in Thomond Park. Check out the video here.