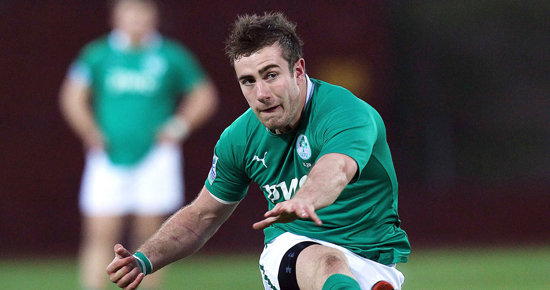 Mike Ruddock’s Ireland U20 squad secured their best ever finish in the Junior World Championship with an impressive 27-12 win over old rivals England last night in Cape Town.

The side will go on to take on France, who narrowly beat Australia 19-17 yesterday, in the fifth and sixth championship play-offs on Friday, 22nd June at Newlands Stadium, ko 1.15pm (Irish time).

Ireland lost out to England last March in the Grand Slam decider and were again narrowly beaten by them in round two of Pool B at the Junior World Cup group stage.

However, revenge was sweet for Munster’s Niall Scannell who captained the side as three converted tries saw them deservedly finish on top.

Speaking after the match an elated Scannell said “we’ve lost to this team twice, the only team we have lost to this year. We knew what we had to do to give ourselves justice and close this one off on the third time, credit to all the lads they were absolutely outstanding tonight”.

Title holders New Zealand will defend their crown in the final against hosts South Africa on Friday 22nd June while Wales will take on Argentina for third and fourth spot.