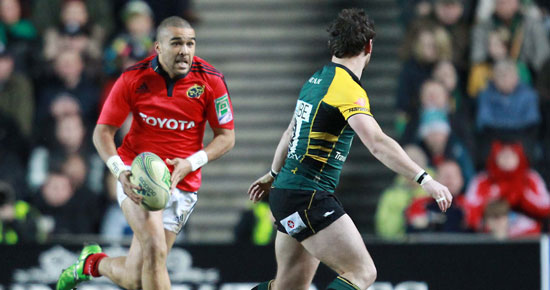 Simon Zebo will make his senior Irish international debut on Saturday against the All Blacks at Eden Park.

He is one of two new caps – Declan Fitzpatrick the other – in an Ireland side that includes four of his Munster colleagues in the starting XV and two more on the bench.

Another Upset On The Cards In Stellenbosch ?