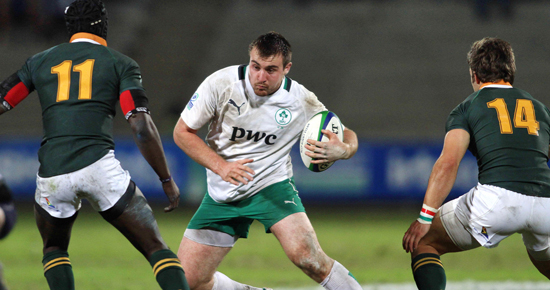 Following Ireland’s historic 23-19 win over South Africa in their opening round of the Junior World Cup at the Danie Craven Stadium, skipper Niall Scannell says his squad are now focussing on their next challenge.

Ireland will return to Stellenbosch on Friday evening to face an England side that pipped them to the Six Nations title in the final game of the U20 championship at Adams Park last March.

Having regrouped since their win over the Baby Boks Scannell said "we have certainly opened up our group and have taken great heart from that, but now we just hope we can build on this leading into the England game."

England scored a 64-5 win over Italy in Bellville last Tuesday to open their challenge to New Zealand’s crown and this Friday’s meeting of Pool B’s two undefeated teams will be a massive task for Ireland.

Scannell acknowledged that England proved worthy winners of the Six Nations and said “we had a difficult night against England at Wasps back in March. There was a lot at stake in that match and I felt that got to us. However, we have learned the harsh lessons from that and we are looking forward to the challenge this Friday”.

Cork native and Munster Academy player Niall Scannell is no stranger to success having captained PBC to winning the Munster Schools Senior Cup in 2010. He went on to captain his country at Schools level and has been a prominent figure in Dolphin's AIL campaigns over the last couple of seasons.

Looking forward to the next pool game Scannell said “Friday can't come quick enough” adding “'the support from back home has been overwhelming which has been greatly appreciated by all the players and hopefully we will give them more to cheer about on Friday."

Carter Back For The Blacks