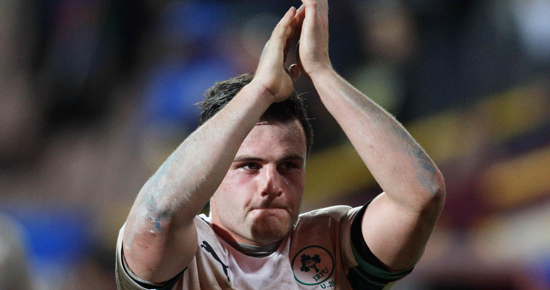 Niall Scannell will continue to captain the side with fellow Munster man JJ Hanrahan named as vice captain.

Hanrahan, who was named man of the match following Ireland’s impressive win over South Arfica last Monday retains his spot at fly half.

Garryowen’s Shane Buckley comes on to the bench to replace Connacht’s Aaron Conneely and fellow clubman James Rael has been named as replacement hooker.

Speaking of the task ahead, Coach Mike Ruddock said “England are the current 6 Nations Champions and we will have to reproduce the intensity we showed against South Africa if we are to get a result in this game. We have done our homework and we are now looking forward to the game.”

The game will be shown live on TG4 and Sky Sports.

Another Upset On The Cards In Stellenbosch ?