Scannell To Captain Ireland U20 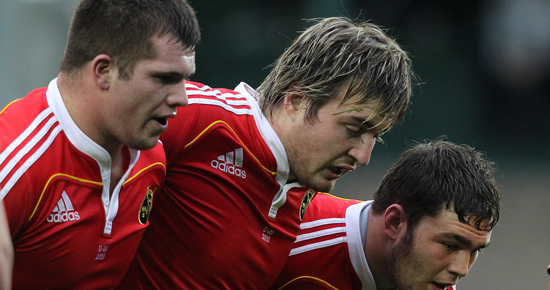 After skippering his country at Ireland Schools level, Scannell is joined in the starting line-up by UL Bohemians out-half JJ Hanrahan, who is also the team's vice-captain. Completing the Munster contingent is Academy hooker James Rael from Garryowen.

Scannell, who has been a prominent figure in Dolphin's AIL campaigns over the last couple of seasons, anticipates a very physical and exciting game.

"It is going to be a huge challenge for us, playing the hosts on their own soil, but we are confident going in as we have prepared very well after a solid Six Nations, and we are in a good place to cause an upset."

"I feel we have a strong squad and can provide a good mix in our game, and if we execute correctly, we will go well," added Niall.

Hanrahan is one of five players in the match day squad who featured in the 2011 Junior World Championship including his halfback partner Kieran Marmion who also played in the tournament.

Shane Layden and Paddy Jackson, who were named in the original squad have been replaced by Conor Finn and Jack Carty with Carty included in the replacements for tomorrow.

The Ireland games will be shown live on Sky Sports and TG4.