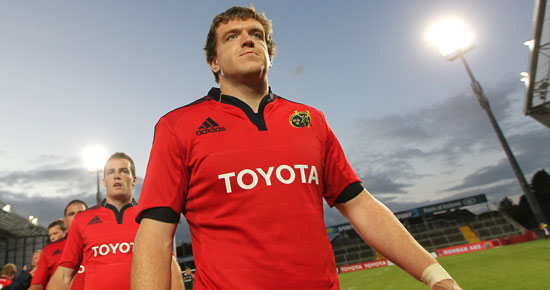 Simon Zebo, Mike Sherry and Peter O’Mahony are possible contenders for a place in the Ireland squad that will be named later this morning for the trip to New Zealand.

All three were included in the Ireland squad for the May 29th game against the Barbarians at Kingsholm and they and Keith Earls, Conor Murray, Donncha O'Callaghan, Ronan O'Gara and Donnacha Ryan are likely to be on the plane when it departs for the 3 Test tour.

The Barbarians side will include their Munster collegaues Mick O'Driscoll and BJ Botha.

The Ireland squad for the Barbarians match assembles on Thursday.