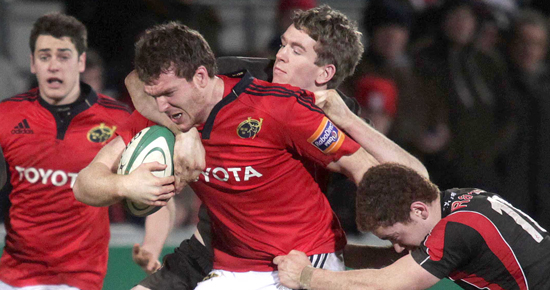 Uncapped Munster players Mike Sherry and Simon Zebo have been named along with Munster Young Player of the Year Peter O’Mahony.

Munster Player of the Year Donnacha Ryan will join Donncha O’Callaghan in the forwards while Keith Earls, Conor Murray and Ronan O’Gara have been named in the backs.

There are a number of spaces left vacant with a further prop, second row, back row and scrum half to be added before the squad departs for New Zealand.

Brian O’Driscoll returns to the Ireland squad for the first time since the Rugby World Cup and has been confirmed as Captain for the tour.