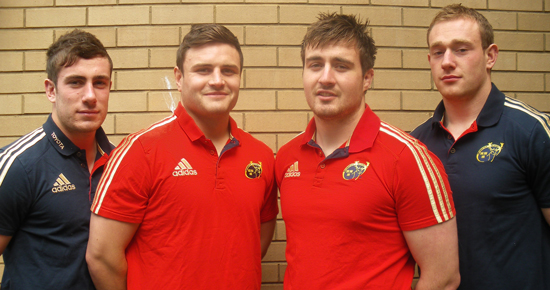 The Ireland U20 squad convened last Friday in preparation for the Junior Rugby World Cup Championship which will take place in South Africa this June.

Back row forward Shane Buckley and centre and recent Munster ‘A’ British and Irish Cup winner JJ Hanrahan have also been selected.

Ireland will take on the host nation in their Pool B opening round of the championship on Monday, 4th June in Cape Town followed by England on Friday, 8th and Italy on Tuesday, 12th June.

The final will take place on Friday, 22nd June at the Danie Craven Stadium in Stellenbosch.