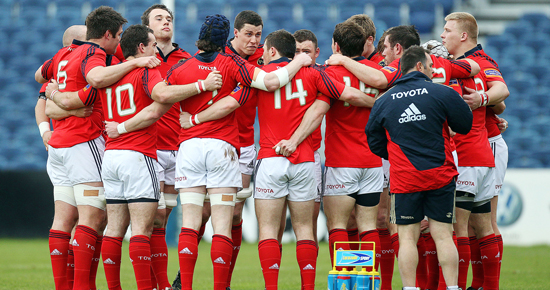 Cross Keys, the Welsh side who Munster face in the British & Irish Cup final in Musgrave Park tomorrow week, are through to the final of the SWALEC Cup.

Their semi final against Ebbw Vale at Rodney Parade ended in a 19-19 draw but Cross Keys advanced to the May 7th Millennium final by virtue of their 2-1 try count.

Pontypridd will provide their opposition after beating Newbridge 28-24 at The Arms Park.

Cross Keys needed a late Dean Gunter penalty to see them through to their first SWALEC final as they try to become the first Gwent winner of the Cup since Newport lifted it in 2001.

The big difficulty facing Ian Costello's side heading into the April 27th final is that between the Principality Premiership, British & Irish and SWALEC Cup competitions, Cross Keys have played 17 games (won 12) whereas for Munster it's a case of played 2, won 2.

Costello will begin his preparation in earnest next Monday with a squad session after which he is expected to name his squad.

Kilcoyne Makes A Start For Munster