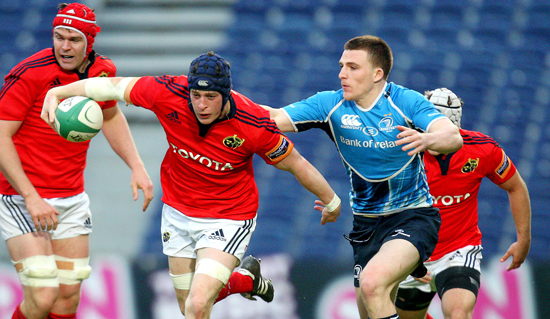 We look at the Munster ‘A’ v Leinster ‘A’ semi final match highlights from the RDS in Dublin last Friday night.

This will be Munster’s second chance to claim the title since their defeat to the Cornish Pirates in the 2010 inaugural final.

Meanwhile Cross Keys, coached by former Welsh International Mark Ring, became the first Welsh side to make it through to the final of the competition following a 20-16 semi-final victory over the Cornish Pirates.

The entry fee for the final is €;10 per adult and €;5 per student/OAP. There will be free entry for Munster Supporters Club season ticket holders.

This match will be covered live on Sky Sports from Musgrave Park.

Video: Conor Murray Has A Lot To Play For