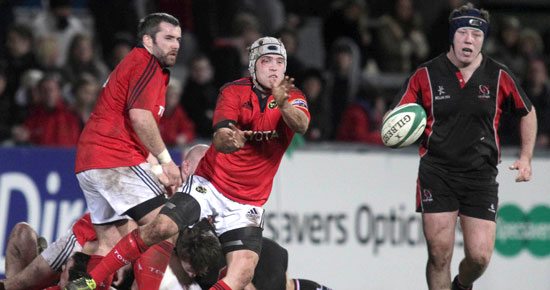 Murphy, Williams and prop Ryan have penned two year deals while Horan and Scanlon have agreed one year extensions.

The latest announcements come at the end of a busy week that started with news that Donnacha Ryan, Niall Ronan, Denis Hurley, Billy Holland and Tommy O’Donnell had all agreed two year deals. Two others whose contracts were due for renewal, Wian du Preez, Doug Howlett, had last month agreed new deals.

A further interesting addition to the Munster squad is former Ulster Academy, Ulster Ravens and Ireland U19 wing-forward Sean Dougal who joins from Rotherham Titans on a one year contract.

The 22 year old played against Munster in the semi-final of the B&I Cup in April 2010 but subsequenly suffered a shoulder injury that kept him sidelined till this season when he's been a regular in the Titans side.