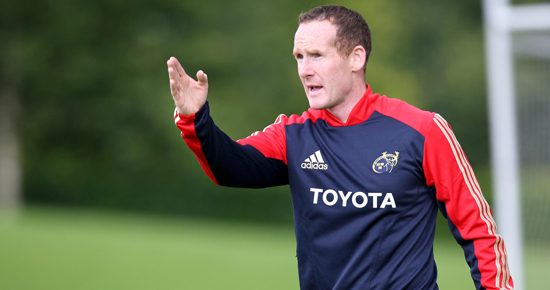 With the British & Irish Cup semi-final (v Leinster @ the RDS) just a fortnight away, this game, against a Munster Development side, provides coach Ian Costello's squad with much needed game time before he brings them to Dublin to play the odds-on favourites in the penultimate stage.

Nine of Costello's squad were involved with Munster in the RaboDirect PRO12 game in Italy, while Development scrum-half Cathal Sheridan, was on the bench that day.

With the likes of JJ Hanrahan & Niall Scannell involved with the Grand Slam chasing Ireland Under 20s and Tom Gleeson John Quill and Shane Buckley on the injured list, the Munster A squad totals 17 but replacements from the Development side can be used if required.