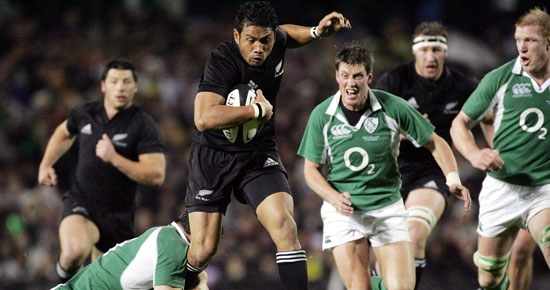 Following on from their signing of James Downey Munster will be adding former All Black Casey Laulala to their squad at the end of the current season.

The 29 year old currently playing with Cardiff Blues, played Super 14 rugby with the Crusaders and Air New Zealand Cup with Canterbury before moving to Cardiff, making his debut against Connacht in December 2009.

Laulala who to date has made 58 appearances for Cardiff Blues scoring 14 tries has signed a two year deal with Munster.

Commenting on the news Munster coach Tony McGahan said, "The club is obviously delighted that we've managed to secure the services of a player of his undoubted calibre for the next two seasons. I believe it shows the ambition that Munster Rugby harbors for the years ahead and I think it speaks volumes that a high quality player such as Casey chooses to come to Munster ahead of a very impressive chasing pack." We're only too well aware of his rugby capabilities having come up against him first hand for the past number of seasons and believe he will not only have a strong contribution on-field but also act as a mentor to the emerging back talent we have in our squad."

Speaking after training with the Blues today in Cardiff Laulala said, "I've enjoyed myself very, very much here at the Blues and was fortunate enough to win the Amlin Challenge Cup with them in my first season here. " My family and me have thoroughly enjoyed our time in Cardiff and I'd like to thank everyone from the bottom of my heart for welcoming me. "I guess this is a fresh challenge for me, it's something new and hopefully the Munster welcome will be as warm as the one I experienced here in Cardiff. "Munster are a very successful team so I'm looking forward to joining them and experiencing life in Ireland. "However, there is still a lot of rugby to be played this season so I am still fully focused on doing well for the Blues."