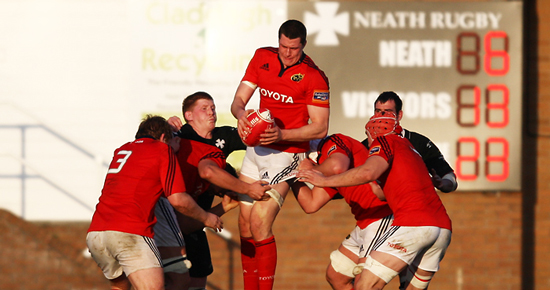 The B&I Cup semi-final between Leinster ‘A’ and Munster ‘A’ will take place in Dublin (venue TBC) on Good Friday, 6th April ko 6pm.

Both sides will compete for a spot in the final which will be hosted in Ireland for the first time in the competition.

In the second semi-final, newcomers Cross Keys have made their first year in the competition a successful one, finishing top of Pool 2 and will face the Cornish Pirates.