Chambers Signs Off This Evening 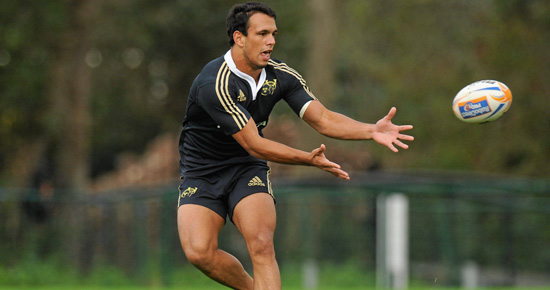 Will Chambers will have his last game for Munster when he lines out in the British & Irish Cup quarter-final against Ulster Ravens in Ravenhill this evening (Kick-off 7.30pm).

He made his debut in the RaboDirect PRO12 match against Aironi and came off the bench to score a try in the Heineken Cup game against Castres Olympique in Toulouse.

Chambers will fly to Milton Keynes on Saturday as back up to the senior side and return to his native Australia early next week.