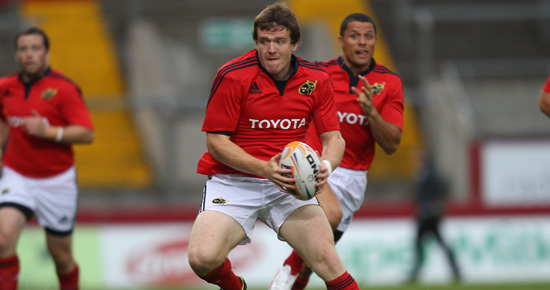 Mike Sherry returns to training this week having been out of action since early October when he injured an ankle in a club game.

He'll have his first full contact session tomorrow tomorrow when the squad assembles in Cork ahead of the Heineken Cup game against Castres Olympique, although at this stage it's a bit soon to know when he can be considered for selection.

Paddy Butler, who injured a shoulder playing for Shannon at the weekend will have a scan today to determine the extent of the damage but Tommy O'Donnell (knee) and Tom Gleeson (shoulder) know their fate after sustaining injuries in the Ulster game. O'Donnell will be out for up to six weeks and in Gleeson's case, it looks like nearer to ten before he's able to resume full training.

Denis Leamy will have an operation next week on his hip that will keep him out for up to four months or effectively, as with Doug Howlett and Darragh Hurley, the rest of the season but on the brighter side Felix Jones, Troy Smith, Jerry Flannery and David Wallace all continue to progress along expected lines with a return to training anticipated sometime in February