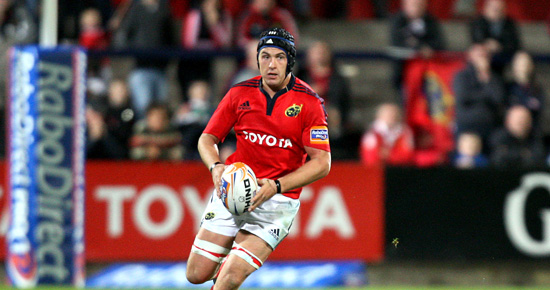 Early indications are that Niall Ronan, who was forced out of the RaboDirect PRO12 game against Benetton Treviso on Saturday, will be fit in time for consideration for the Heineken Cup game against Castres.

Ronan injured a knee in the process of scoring Munster's opening try and was replaced five minutes later by Donncha O'Callaghan but management are hopeful he'll be ok in time for Saturday.

Not so good news however for Denis Leamy who will need an operation to repair damage to a hip that's been bothering him for some time. The Cashel man faces up to four months on the sidelines while his fellow Co Tipperary teammate Tommy O'Donnell (knee) will be out for up to six weeks.

Ulster Back In The Mix