Ospreys Take Up The Running 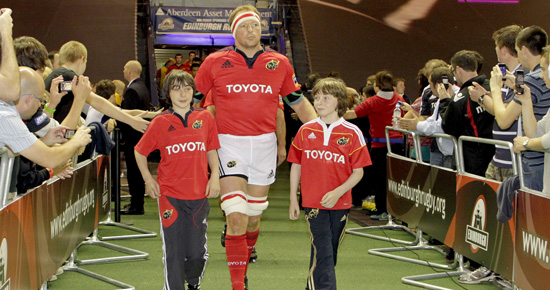 They'll arrive as RaboDirect PRO12 League leaders with a three point advantage knowing that victory will see them end the opening phase of the competition well out in front ahead of the two week break for the RWC semis and final.

And that's a position Munster had banked on for themselves at the outset, their stated intention to end the opening six game phase unbeaten, an ambition they were on course for until the wheels came off on Friday in Edinburgh.

However, a win over the Ospreys would more than compensate for Friday's disappointment and to be at the head of affairs come Saturday night evening would represent a fair return for this largely young squad of Tony McGahan's.

There's unlikely to be a whole lot of change in personnel for Saturday's game although Doug Howlett, Marcus Horan and BJ Botha should be included when the squad is announced on Tuesday with Tomas O'Leary also likely to be in consideration.