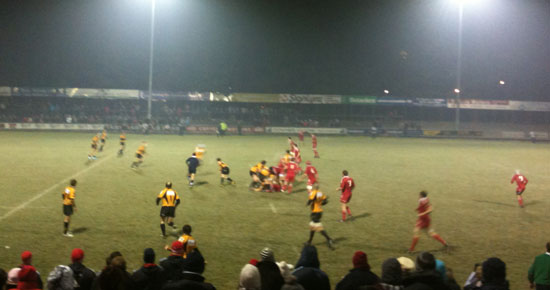 Nine tries in total, six in the opening half, saw Munster run out comprehensive 64-9 winners over Esher at a bitterly cold Dooradoyle tonight

Nine tries in total, six in the opening half, saw Munster run out comprehensive 64-9 winners over Esher at a bitterly cold Dooradoyle tonight

They opened with a try  from Danny Barnes after just two minutes and ended the first half with the sixth, from Sean Scanlon two minutes into injury time.

In between there were tries from Ivan Dineen, Stephen Archer, Tommy O'Donnell and Dave Kilcoyne.

Munster were then held scoreless until the 56th minute when Simon Zebo scored wide on the left and there were further tries from Conor Murray and Troy Smith.