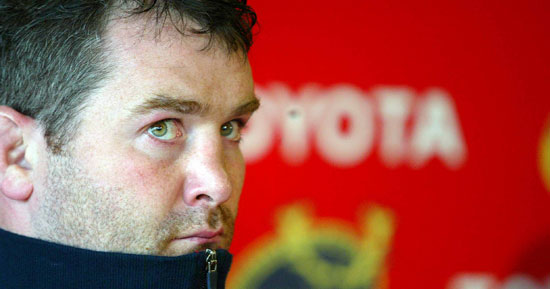 Munster will open their British & Irish Cup campaign at home to Llanelli and will then have to take to the roads of Britain for their next three games.

Munster will open their British & Irish Cup campaign at home to Llanelli and will then have to take to the roads of Britain for their next three games.

It was only the scheduling of the RBS Six Nations  that prompted a refix of the Munster v Llanelli game – that was originally scheduled for February 26th – to the earlier date of October 16th.

After that opener Munster travel to Scotland to play competition newcomers Melrose on December 11th and a week later travel back to Britain, to the south-west to take on Bristol Rugby.

Bristol finished runner up to Munster last season, four points adrift, Munster having recored a hard earned 18-6 win over the English side in Nenagh RFC.

In mid January it's back once more to England for Anthony Foley's squad and a tie with Nottingham before winding up their Pool campaign at home to Esher on January 22nd.

The British & Irish Cup matches fall on the same weekend's as the Heinken Cup games but of some concern must be that the final and perhaps crucial games in Munster's Pool  will take place while Munster stand idly by leaving the likes of Nottingham and Bristol knowing exactly what they need to do to qualify for the knock out stages.