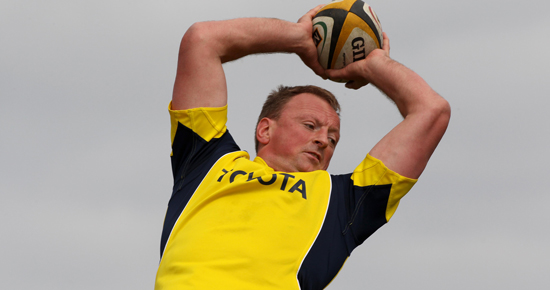 The annual Munster Rugby Awards, in association with the Irish Examiner, took place in Thomond Park on Sunday night with eleven awards presented to worthy recipients involved in domestic and professional rugby in Munster.

The annual Munster Rugby Awards, in association with the Irish Examiner, took place in Thomond Park on Sunday night with eleven awards presented to worthy recipients involved in domestic and professional rugby in Munster. 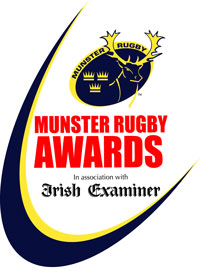 A true servant to Munster Rugby Mick O’Driscoll made his Munster debut in August 1998 and has appeared in twenty games this season, captaining the side nine times. O’Driscoll now joins previous winners David Wallace, Ronan O’Gara, John Hayes in receiving the accolade.

The recipients of the Young Player of the Year award, and the John McCarthy award for Academy Player of the Year were not on hand for their presentations as both Billy Holland and Scott Deasy were further afield, having helped Munster secure a Magners League semi final place earlier that evening in Cardiff.

At 24 years of age Billy Holland received his eleventh competitive cap this season on Sunday evening against the Cardiff Blues and also marked this year with his first Heineken Cup appearance, coming off the bench against Northampton in the quarter final stage.

In his final year of the academy 21 year old Scott Deasy has been catapulted from the British and Irish Cup team to the European stage this season. Deasy has nine senior competitive caps scoring two tries and three penalties, and he made his Heineken Cup debut as a 75th minute replacement against Biarritz in the Heineken Cup semi-final.

Off the back of a great season for Young Munster, securing Division 1A promotion, winning the ODM Munster Senior Cup and the Limerick Charity Cup, the club was awarded Senior Club of the Year, joining previous winners such as Shannon RFC, Garryowen FC and UL Bohemians RFC.

The Hall of Fame Award – Jim McCarthy. The newest inductee to the Munster Hall of Fame won his first Irish cap in 1948 as part of the famous Irish team that won their first Grand Slam of the century. He captained Munster against South Africa at Thomond Park in 1951 and also against New Zealand in 1954 at the Mardyke. To cap a remarkable career he was chosen to tour with the 1950 British and Irish Lion on their 29 match mammoth-length tour to New Zealand and Australia.

Women’s Player of the Year – Kate O’Loughlin. Originally from Carrick on Suir, the Clonmel RFC second row has accumulated twenty Munster caps and eleven international caps and looks forward to adding to this tally at this summer’s Women’s World Cup in England.

Junior Club of the Year – Tralee RFC. The club has approximately fifty qualified coaches, four official Munster Association Referees (MAR) and fifty associate referees. The J1 side were runners up in the Munster Junior League Div.1 and the J2 team reached the final stages of their league and cup. The women’s side won the Munster Division 2 league and the All Ireland bowl.

Club Youth Section of the Year – Waterpark RFC. The youth squads recorded an extremely successful season as the U17s and U19s were crowned Munster champions and the pinnacle was reached with the U17s claiming All Ireland glory.

Club Mini Section of the Year – Thomond RFC. The club fields team from U6 to U12s, complying with player registration and administering excellent coach education policies. The mini section recently attended the IRFU Nationals in Ashbourne and also went on their first rugby tour to Wales.

Referee of the Year – Leo Colgan. He commenced his refereeing career in 2001 attending the same referee’s course as previous winners George Clancy and Peter Fitzgibbon. In the nine years he has risen through the ranks and this year refereed in the inaugural British and Irish Cup and FIRA Youths tournament in Treviso as well as touch judging in both the Heineken and Amlin Challenge Cups.

School of the Year – Crescent College Comprehensive. The schools successful season was topped off with winning the Avonmore Milk Schools Junior Cup with victories over PBC, Glenstal Abbey, Rockwell College and defeating CBC Cork 17-13 in the final in Musgrave Park. The older age grade sides also added the Limerick City Cup, the Kidney Cup and the McCarthy Cup to their trophy cabinet.