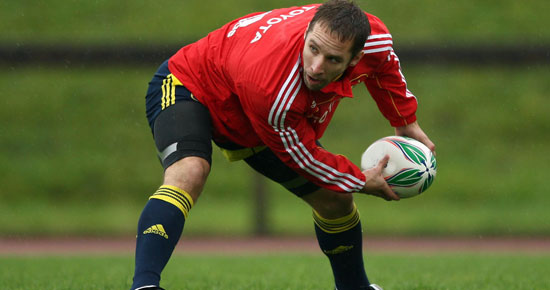 The squad came together this morning in Musgrave Park for a final training session before they depart for Northampton on Friday.

Tomas O’Leary spoke afterwards about his own recovery and the return to Heineken Cup action “ya I’m feeling good and have a few games under my belt now and I’m looking forward to Saturday. When I get out on the pitch it’s definitely not on my mind and I’m just concentrating on my game and forgetting about the injury, it’s great.”

“None of us played well against Leinster and we’ve addressed that now and there is no point dwelling on it. Saturday is the most important thing and getting off to a good start, the Heineken Cup is such a big part of our season. They’re a very formidable side with a great home record,a very good pack and halfbacks, with stong runners coming in off the wings. We just need to win it and we’re going over with that aim on Saturday.”