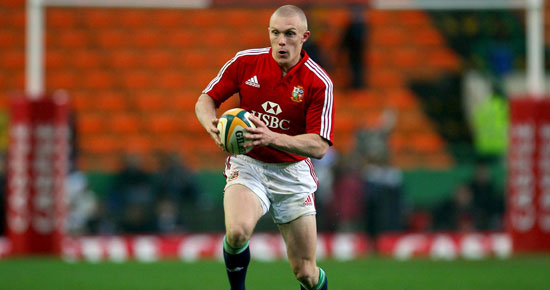 The Lions completed their test match build up with a sixth successive win this afternoon in the Mandela Bay Stadium.

The Lions completed their test match build up with a sixth successive win this afternoon in the Mandela Bay Stadium.

The Southern Kings opened the scoring after one minute with a penalty taken by Van der Westhuyzen.  A bruising and physical battle ensued with injuries for Euan Murray and James Hook, who was replaced by Ronan O’Gara after 12 minutes.

O’Gara gave the Lions their first points with a penalty after 26 minutes, which was to be the final score of the first half.  Half-time score 3-3. He followed this up with another kick just after the break and later made a great cross field kick to find winger Ugo Monye for the Lions first try and followed up with the conversion.

Overall the game was a scrappy affair with two yellow cards for the Southern Kings, and referee Nigel Owens awarded a penalty try to the Lions in the 68th minute for infringements at the scrum.  O’Gara converted giving the Lions a seventeen point lead, 20-3, going into the final minutes.

The Kings continued to battle on and were rewarded with a try from Mbiyozo in the 71st minute.  Final score 20-8.