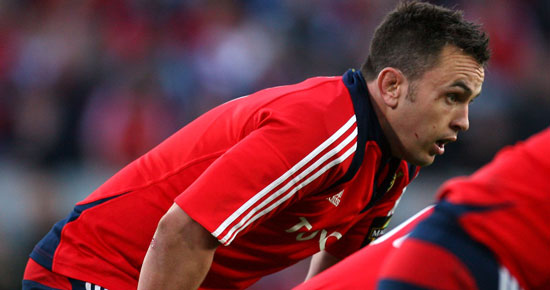 With both the Ireland U20s and the Ireland A side in action over the weekend, Irish rugby continued on winning ways as both sides advance in their respective competitions.

With both the Ireland U20s and the Ireland A side in action over the weekend, Irish rugby continued on winning ways as both sides advance in their respective competitions.

The Irish U20s were in action Saturday morning as they played their final pool game in the IRB Junior World Championships against Uruguay.  The side which featured all seven of Munster’s representatives won their second pool game of the tournament with a comprehensive 45nil win over Uruguay.

A try from Munster’s Andrew Burke and five conversions from Conor Murray contributed to the score line.  The final pool win ensured second place for Ireland, and as runners up they will now go on to the 5th-8th place play offs where they will meet Wales this Wednesday, in the Level 5 Stadium, Fukuoka (kick-off 5pm local time/9am Irish time).

Ireland A advance to the Churchill Cup final for the first time after defeating Georgia 40-5 yesterday in Colorado.  They will take on the defending Churchill Cup champions, England Saxons, next Sunday in Denver, ko 2.30pm (9.30pm Irish time).

Munster’s Niall Ronan continued his recent good form with a man of the match performance.  The backrow is enjoying his time in the green jersey after receiving his senior debut on the summer tour and now excelling in the A side.  More positives can be taken from new Munster signing Felix Jones‘ performance as he impressed at fullback in his Ireland A debut, both he and Tony Buckley claimed tries in the opening half.