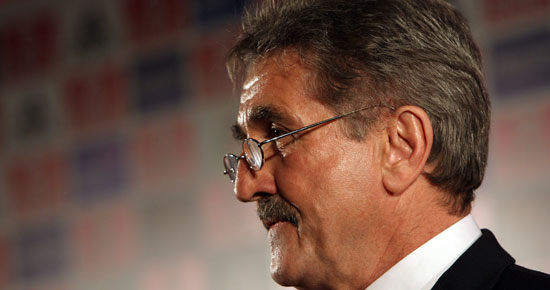 In light of Alan Quinlan’s failed appeal, Lions Tour Manager Gerald Davies has announced that Leicester and England flanker Tom Croft has today been called into the Lions squad as a replacement for Quinlan.

In light of Alan Quinlan’s failed appeal, Lions Tour Manager Gerald Davies has announced that Leicester and England flanker Tom Croft has today been called into the Lions squad as a replacement for Quinlan.

The decision to replace the Munster and Ireland flanker was forced on the Lions following an ERC judiciary hearing on Wednesday May 13 and the subsequent appeal held today in Glasgow.

Davies said “Alan Quinlan’s suspension is naturally disappointing and he must be devastated by the outcome of the hearing and appeal. That said the Lions management fully accepts the decisions of the ERC judicial process. The outcome necessitated the selection of a new player and Ian McGeechan and his fellow selectors had no hesitation in selecting Leicester’s Tom Croft.”

Commenting on the replacement for the British & Irish Lions tour to South Africa, McGeechan said on the official Lions website, “We had to be fair and allow Alan Quinlan the opportunity to appeal his suspension. However, following the outcome of the appeal we have replaced Quinlan with Tom Croft who, it must be said, was very unlucky not to have been selected in the original tour party.”

“Tom showed in his recent performances for Leicester following the tour party announcement that he could put aside his disappointment and perform at a very high level. He was on our selection reserve list and today his continued good form has been rewarded with selection to the Lions squad for the tour of South Africa,” added McGeechan.