David Wallace Out Of Ireland Side 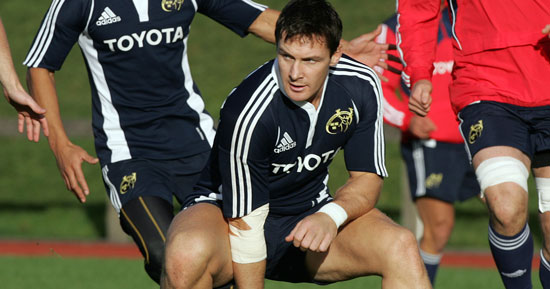 David Wallace, who had an outstanding game against the All Blacks last weekend, has been ruled out of the final tour Test against Australia in Melbourne tomorrow.

David Wallace, who had an outstanding game against the All Blacks last weekend, has been ruled out of the final tour Test against Australia in Melbourne tomorrow.

Wallace has been suffering from a calf strain and his place alongside Jamie Heaslip and Denis Leamy goes to Heaslip’s Leinster colleague Shane Jennings with Stephen Ferris moving up to the replacements.

According to coach Michael Bradley, Wallace has a history of this injury and arrived in New Zealand with it troubling him which makes his display in Wellington all the more remarkable particularly in the weather conditions.

Bradley went on to say that the loss of Wallace was a huge blow for the side, but he expects Jennings to step up and fill the void with ease. ‘David has had a very good season with Munster and with Ireland. He played very well last week against the All Blacks so he will be missed.’

‘But Shane Jennings is a fine player and this creates an opportunity for him. His style of play might suit the sort of game the Australians will play.”