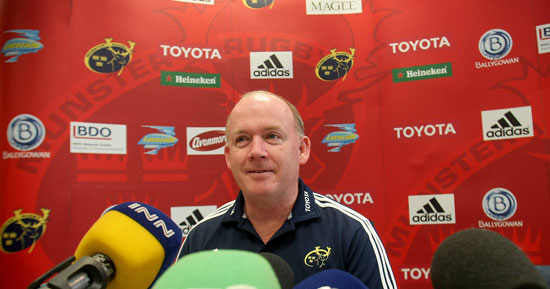 It has been officially announced by the IRFU that Declan Kidney will be the new Ireland Coach.

It has been officially announced by the IRFU that Declan Kidney will be the new Ireland Coach.

Kidney confirmed his new posting to the Munster Rugby squad this morning before training in Garryowen.

He will play no role in the selection of the Irish squads for the Barbarian’s game, The Churchill Cup and the upcoming tour to Australia and New Zealand.

This decision thus allows him to focus fully on preparing the Munster squad for their final Magners League game against Glasgow this Saturday, and the Heineken Cup Final against Toulouse on May 24th.