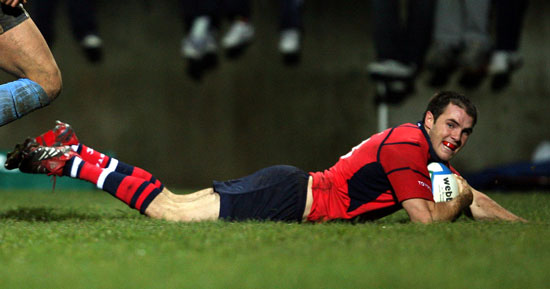 The 25 strong Munster squad for Fridays Magners League clash with Leinster includes Barry Murphy returning to the squad on foot of impressive performances for his club UL Bohemians.

On top of that Murphy was impressive in his two-try showing for Munster A in their game against Leinster A in the Sports Bowl UL last week.

Alan Quinlan misses this game and has been ruled out for up to eight weeks having undergone surgery today to damaged hand ligaments in his thumb.

Quinlan Out For 8 Weeks