Quinlan In Munster A Squad 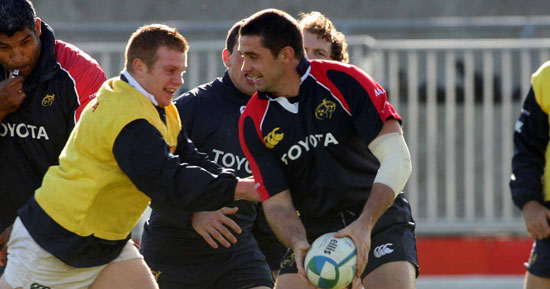 Alan Quinlan returns to the Munster colours tomorrow when he travels to Portlaoise RFC for the A game against Leinster (2pm).

Alan Quinlan returns to the Munster colours tomorrow when he travels to Portlaoise RFC for the A game against Leinster (2pm).

Quinlan has been out of action for Munster since receiving a suspension from ERC following an incident in the Heineken Cup game against Cardiff Blues in Thomond Park in the middle of December.  He was involved with Shannon last Saturday against UCD in the AIB Cup as was Sean Cronin who scored a try in Shannon’s 34-24 victory that earned them a place in the semi-final