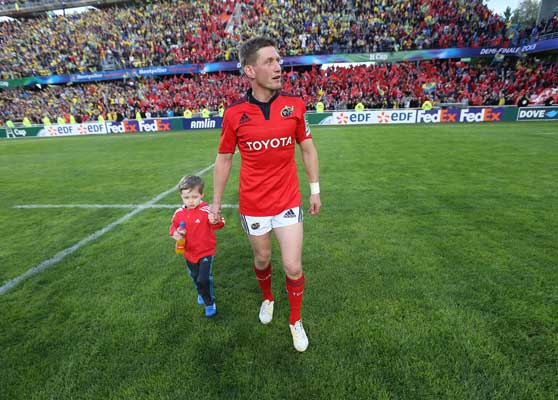 The province reach the Heineken Cup semi final stage for the sixth time in the competition’s history and are knocked out by Clermont Auvergne in a thrilling 16-10 encounter at Stade de la Mosson in Montpellier.

The game was to be Ronan O’Gara’s last outing in a Munster jersey as he bid an emotional farewell to the travelling supporters that day.

The league performances for the season resulted in a disappointing sixth place finish in the table. In addition to O’Gara, fellow senior players such as Doug Howlett and Marcus Horan retired while Peter Stringer moved to Premiership club side Bath Rugby.