Result | Munster A Defeat Leinster A 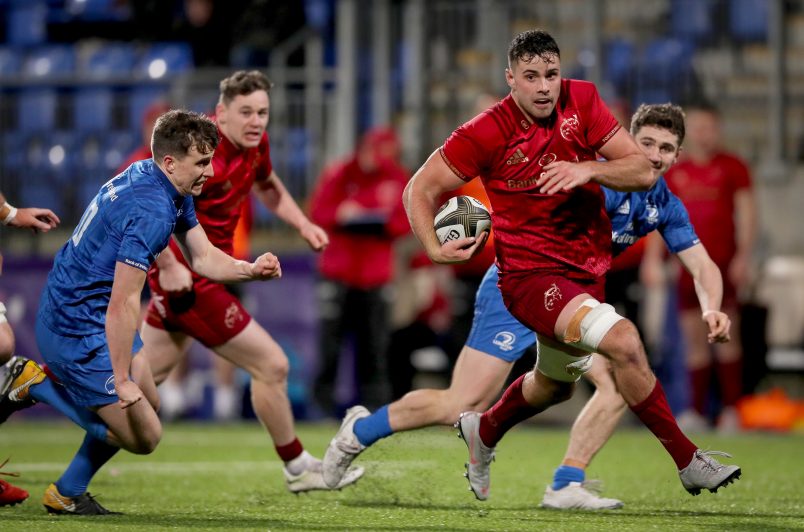 Jack O'Sullivan scored a try in each half. Inpho

The Munster A side recorded a 39-33 win against Leinster A in Donnybrook on Friday night.

The ‘A’ Interprovincial provided an entertaining spectacle with Academy number 8 Jack O’Sullivan producing a stand-out performance.

While the men in red recorded five tries, two were awarded as penalty tries, with O’Sullivan adding his own brace before Alan Tynan scored in the final play of the game.