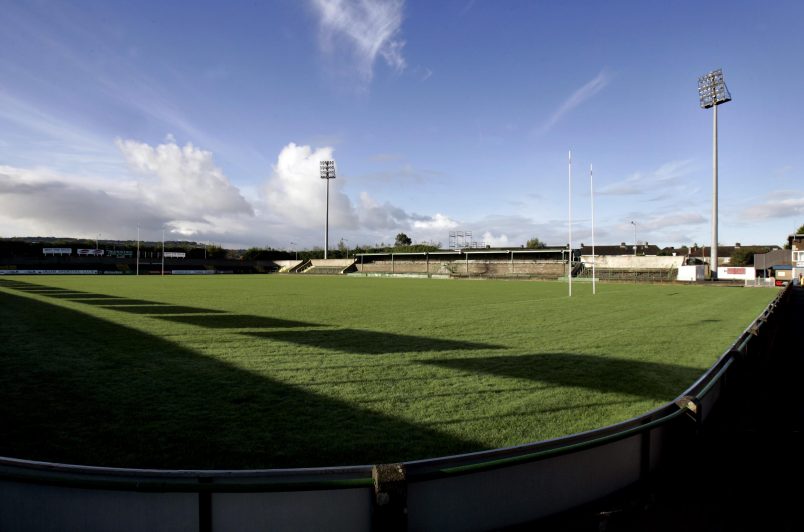 Munster failed to add another touring team to their list of conquests at Musgrave Park on Saturday when, in the first meeting between the province and Western Samoa, the visitors prevailed by a 10-point margin as youngsters Alan Quinlan and Frankie Sheahan earned their first Munster caps.

Courtesy of Edmund van Esbeck and the Irish Times

Played on a lovely winter afternoon of bright sunshine and on a firm pitch admirably suited to the running and passing game enjoyed by the Samoans, they revealed their capacity for exciting and creative play. And if they are unorthodox in some of what they do and attempt to do, they scored five tries – and some of them were extremely well executed.

Unfortunately from the tourists’ perspective, there was a distinct downside to their victory in that they had hooker Trevor Leola sent off the field by referee Chris White of England in the 53rd minute. He was dismissed for a “late and dangerous tackle on a player after the player had passed the ball.” That was the official verdict. It did not help Leola’s cause that he had been spoken to by the referee for another dangerous tackle in the first half.

“I did speak to him but did not give him a formal warning for the first-half incident,” said the referee. “The offence for which I sent him off in the second half warranted the dismissal in itself.”

The Samoans’ coach former All Black wing Bryan Williams did not query the justice of the decision but said: “We got a good win and a good result and that was important going into the international. It was unfortunate for us that we lost a player and I thought it might put us into disarray, but we coped well. A few of our players were having their first tour game and some of our youngsters came through well.”

But he then quickly stressed that “the match bears absolutely no relevance to the international on Tuesday. There was some inexperience in the Munster team and it showed on occasions. But we are well aware that most of Munster’s first-choice players are in Limerick with the Irish squad who are getting ready to meet us.”

Munster’s inexperience certainly did show on occasions and too often they lost possession, with the Samoans on occasions just ripping the ball from the home forwards. The visitors’ superior physique and strength were also evident. Nor did it help Munster that some of their passing and handling across the back line was faulty and the Samoans were quick enough of foot and agile enough of mind to take advantage.

But it was a very enjoyable match with plenty of running and creativity. In those respects, the Samoans were the more adept. The Munster coach, Jerry Holland, readily acknowledged that `the Samoans’ strength was a factor. “Bearing in mind the inexperience in our side, they competed very well against a touring team whose, members have been together. The Samoans were very difficult to bring down when they used their strength and got into their stride.”

Holland added: “We must now prepare for the Australians and I think it is vital that we have all our players available for that match and I hope we will be able to get the English-based players released. There will be little use putting a side in the field against them that is inexperienced and not physically strong enough.”

Certainly two Munster players who have enhanced their future prospects are centre Mick Lynch, who scored two tries, and second row Dara Kirby, who won some very good line-out possession. But Western Samoa were more comfortable on the ball and while at times Munster troubled them when they got a drive on in the mauls, they did not have the power to do that consistently nor the power to make it pay a dividend.

The match was marked by the first tactical substitution made in a representative match in Ireland. It featured a very distinguished name, the former All Black wing Va’aiga Tuigamala. He came on in the 50th minute to make his rugby union debut for his native land. He did not score but it was a powerful surge from him which created a try that put the match out of Munster’s reach.

Western Samoa had the better of the initial stages, leading 8-0 after 17 minutes with a try from centre Fanolua and a penalty from their adventurous outside-half Tanoa’i. But Munster hit back and it was a good maul that created the attacking position in the 20th minute that enabled outside-half Aidan O’Halloran to have a drop at goal. His kick hit an upright but centre Lynch was up to gather and score under the posts.

O’Halloran converted and then kicked a penalty to leave Munster ahead, 10-8, after 29 minutes. But the visitors took up the challenge. Flanker Sene Ta’ala scored a try after a line-out – an area where Lama Tone did well – and then Sene Ta’ala got over and Tanoa’i converted.

And after Samoa had missed a great chance to get another try by not using a two-man overlap lap, Tanao’i kicked a penalty to leave it 18-10 at the break. A penalty by O’Halloran just after half-time was answered by a try by Pailate Fili, who came in off the right wing to join an attack and he scored in the left corner. But when Munster had established a good attacking position, Lynch did well to get in on the short side for his second try. That left Munster just five points adrift at 23-18 with 20 minutes to go.

That was the position when Leota was dismissed and the Samoans then looked in peril. But they regrouped well and hit back with two tries in four minutes. Munster wasted a good attacking position and the Samoans capitalised on a loose kick by scrum-half David O’Mahony as they ran the ball out of defence. A splendid break by Fanolua followed and led to a try by centre Mark Fatialofa and Tanoa’i converted from the touchline.

Munster produced the best movement of the match five minutes from the end, as an attack was started inside their own half and the ball was swept from hand to hand but it yielded nothing as a touch judge flagged for a foot in touch. Munster, however, did get a penalty try after the Samoans were penalised for deliberately collapsing a scrum near their own line. O’Halloran converted to reduce the deficit to 10 points and one could not question the justice of the result.