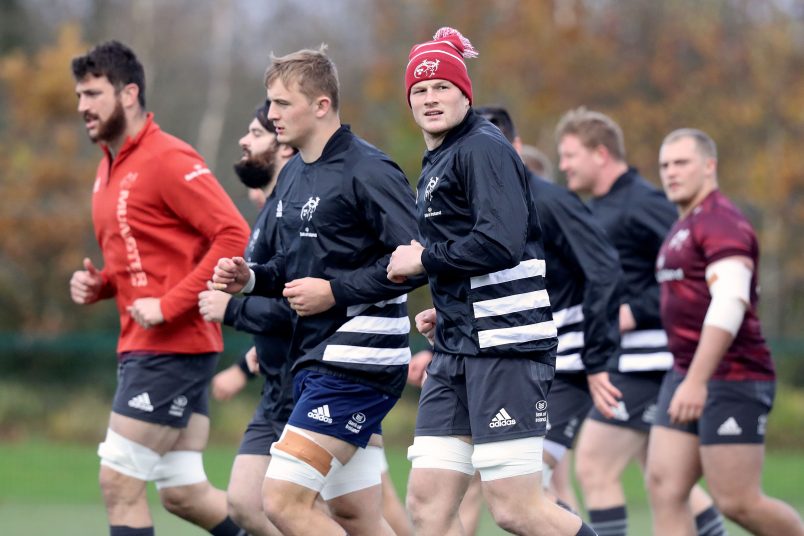 Jack O’Donoghue will lead the Munster side out against Ospreys. INPHO/Bryan Keane

The Munster side has been named for Sunday’s Round 6 Guinness PRO14 game against Ospreys at Thomond Park (2.45pm – live on eir Sport, TG4 and S4C). 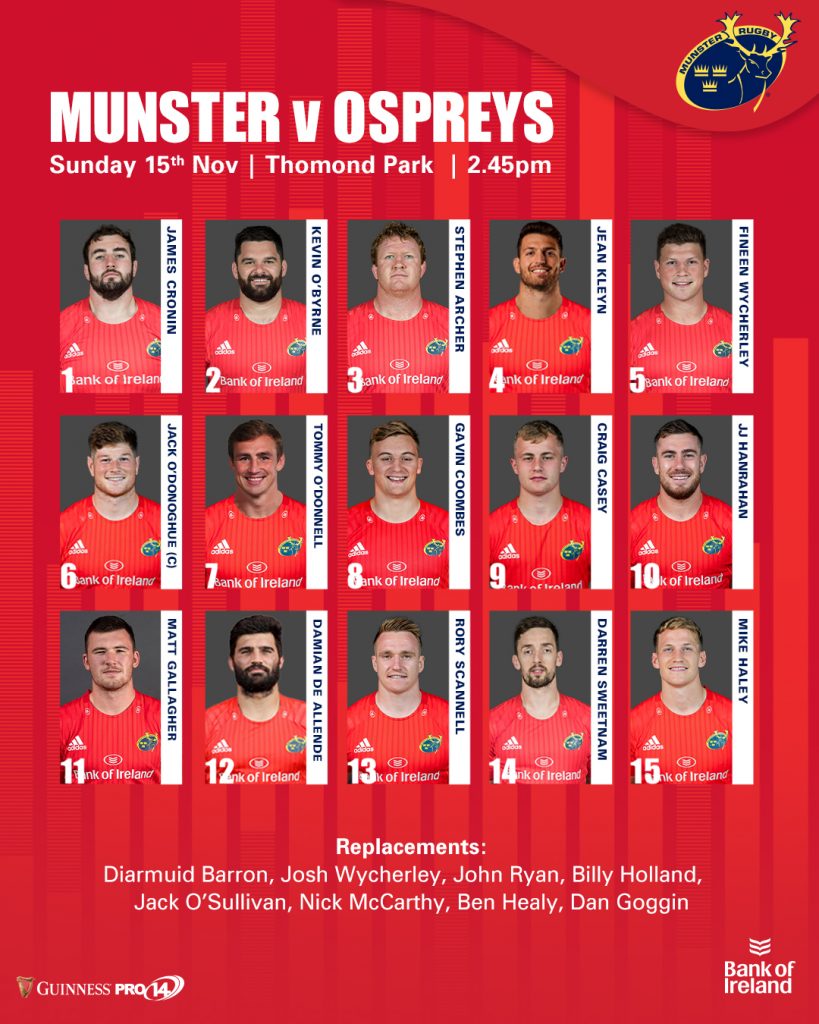 There are five changes to the side that defeated Dragons at Rodney Parade with the Munster side missing out on Round 5 action due to the game against Benetton being postponed.

Fineen Wycherley takes his place alongside Jean Kleyn in the second row with Tommy O’Donnell coming in at openside as Jack O’Donoghue and Gavin Coombes complete the back row.

O’Donoghue captains the side on his fifth successive start.

The only personnel change to the backline sees Mike Haley start at full-back.  With Haley’s return, Matt Gallagher makes the positional switch to the wing with Darren Sweetnam covering the opposite flank.

It’s as you were for the half back pairing of Craig Casey and JJ Hanrahan with Damian de Allende and Rory Scannell continuing their centre partnership.

Returning from international camp is John Ryan who is named among the replacements, and Dan Goggin is also in line to feature after returning from shoulder injury.

Ahead of kick-off on Sunday both sides will line up for a moment’s silence to mark the recent passing of our friend and colleague John O’Neill, RIP. 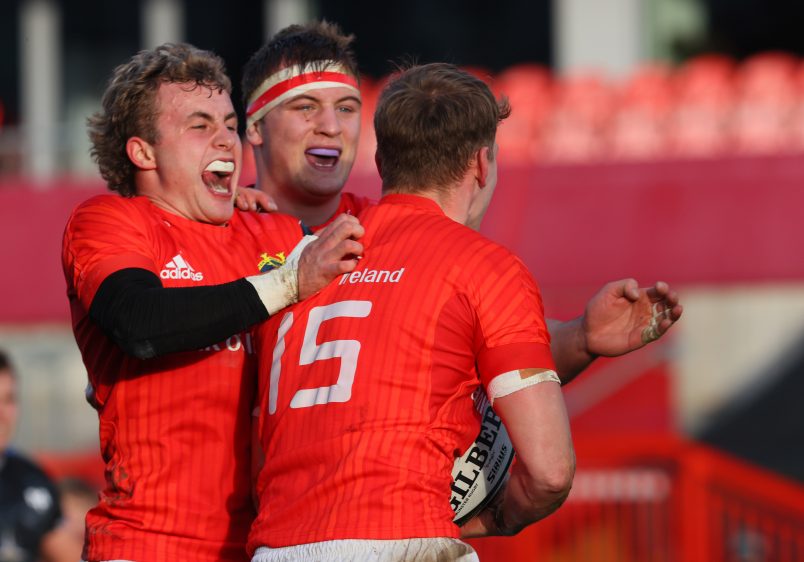 Munster started the season with five wins in a row for the first time since 2008 thanks to a five-try bonus-point win over Ospreys at Thomond Park in the Guinness PRO14 on Sunday.

Guinness Player of the Match Gavin Coombes scored a hat-trick with Mike Haley and Kevin O’Byrne also touching down.

JJ Hanrahan, Rory Scannell and Greencore Munster Rugby Academy out-half Ben Healy added 13 points off the tee with JJ limping off in the first half with a dead leg.

The victory sees Munster move eight points clear at the top of Conference B.

Both sides lined up for a moment’s silence before the game to mark the recent passing of our friend and colleague John O’Neill, RIP.

Ospreys were off the mark with the first try on seven minutes as dangerous winger Mat Protheroe countered incisively from Darren Sweetnam’s clearing kick before releasing Luke Morgan to score in the right corner. Stephen Myler converted and Ospreys led 7-0.

Munster hit back through Coombes as the Skibbereen man powered through three tackles to score his third try in five appearances this season after an excellent rolling maul had brought Munster into Ospreys territory. JJ Hanrahan converted and the sides were level.

Munster hit the front on 18 minutes after Mike Haley showed great feet to evade a tackle and dart through a gap with the full-back too quick for the cover defence.

Rory Scannell kicked the conversion as JJ had been receiving treatment just before the try and the out-half had to limp off on 22 minutes with Academy man Ben Healy replacing him.

Healy’s first task was to slot over three points after the Munster scrum won a penalty as the hosts moved into a 17-7 lead.

Myler kicked his first penalty after the half-hour but Munster scored their third try just before the break as the rolling maul, which was a dominant platform throughout, drove over for O’Byrne to score.

Ospreys had been reduced to 14 after try-scorer Morgan was yellow-carded for a deliberate knock-on moments earlier and Healy converted for a 24-10 half-time lead.

The bonus-point was wrapped up on 43 minutes when Craig Casey made a break to within metres of the Ospreys line and Coombes finished from close range.

Jean Kleyn was denied a try by the referee’s whistle as Munster were in complete control with Coombes completing his hat-trick shortly after.

When a free-kick was awarded for a reset scrum, Casey popped the ball for Coombes and he took a quick tap before powering over from five metres with the help of Kleyn.

Healy converted for a 38-10 advantage after 54 minutes.

Ospreys took control in the final quarter as Dewi Lake scored off a rolling maul and Munster were down to 14 when Jack O’Donoghue was sent to the bin after repeat Munster infringements.

Ospreys completed the scoring thanks to a late penalty try off a five-metre scrum but the victory was Munster’s as the winning start to the season continues.

Munster started the season with five wins in a row for the first time since 2008.

Guinness Player of the Match Gavin Coombes scored a hat-trick.

JJ Hanrahan (dead leg) limped off with in the first half.

Two Academy players featured, Ben Healy and Josh Wycherley as Josh and brother Fineen were on the field together for the first time in the Guinness PRO14. 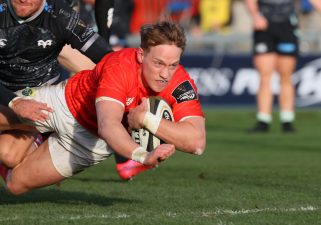 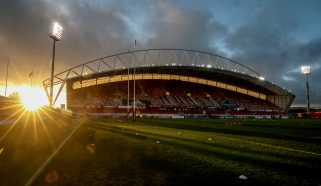 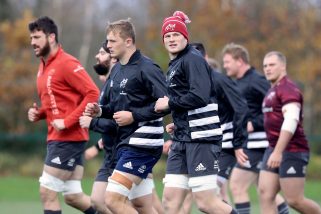 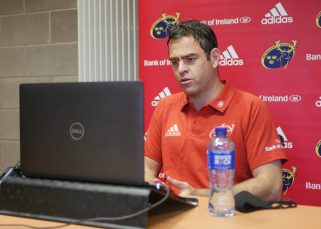 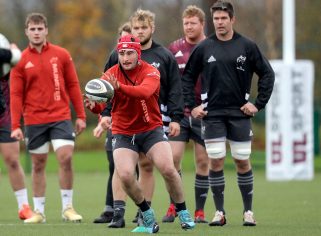 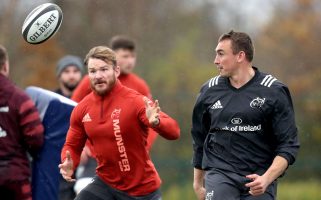 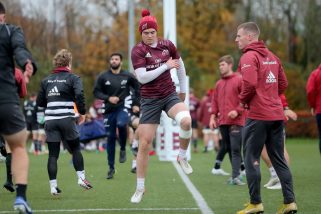 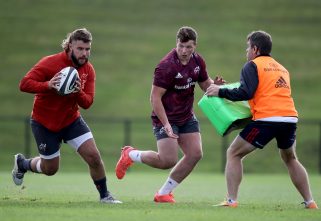 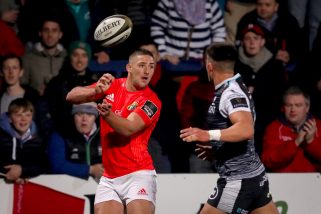 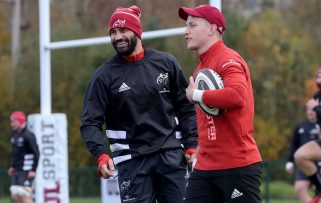 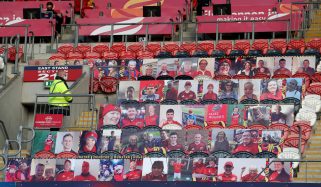