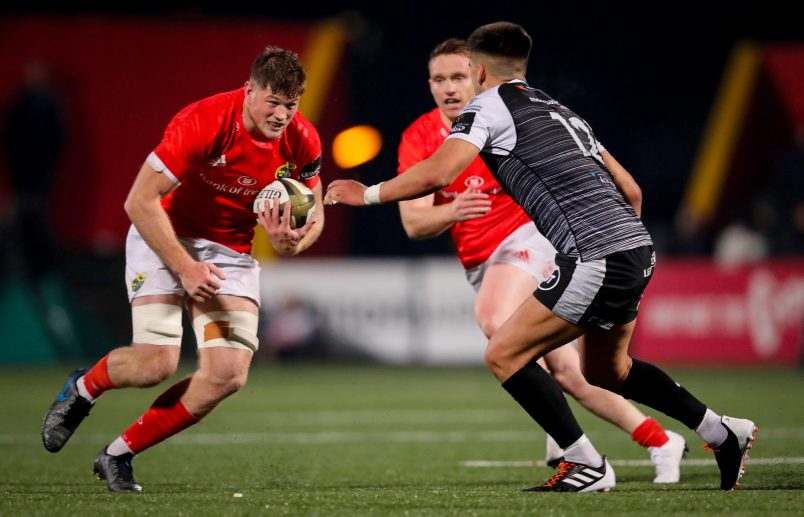 There are 11 changes to the side that defeated Ospreys last time out with the quartet of Jack O’Donoghue, Dan Goggin, Calvin Nash and Shane Daly retaining their places in the starting line-up.

Waterford-man O’Donoghue, who is the only forward to remain in situ, captains the side for the second time in his career.

Darren O’Shea and Fineen Wycherley form the second row partnership, with Chris Cloete and Arno Botha completing the back row with O’Donoghue.

Alby Mathewson and JJ Hanrahan are the starting half-backs.

Sammy Arnold makes his first start of the season as he joins Dan Goggin in midfield.

Alex Wootton is the new face in the back three as he overcomes a knee injury to make his first appearance on the wing since March.  With Wootton’s return and Nash on the opposite flank, Daly makes the positional switch for his first start at full-back this week.

Conor Oliver is set to make his first appearance of the season off the bench. 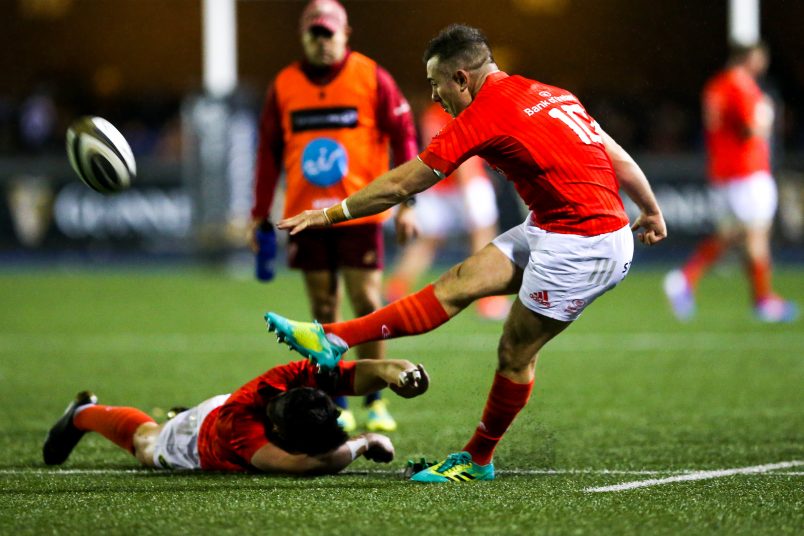 Munster moved to the top of the Guinness PRO14 Conference B table on Saturday night after picking up five points in Cardiff.

After a closely fought battle it was all level at half-time with Chris Cloete scoring Munster’s opening try, and the boot of JJ Hanrahan added a conversion and two penalties.

An improved second half display produced a Calvin Nash try and a brace from Alby Mathewson to ensure Munster secured their fourth bonus-point win in five games.

Munster are back at home on Saturday for the first Interpro derby of the season against Ulster at Thomond Park (5.15pm). Buy tickets here.

With the wind at their backs, the Blues were back in Munster territory for a second Evans penalty after the visitors were pinged for holding on.

Munster continued to work their way into the game and took the lead with a close-range Chris Cloete effort on 23 minutes.  A superb Dan Goggin offload to Shane Daly in the lead-up helped create the well-worked five-pointer.

Hanrahan kicked the conversion, and stretched the lead further with a penalty six minutes later.

Cardiff closed out the half on the front foot, after a period of sustained pressure saw Corey Domachowski eventually break the line.

Evans added the close-range conversion to draw the sides level at the interval.

The number 10 stepped up again early in the second half to kick his side ahead after Munster strayed offside.

The men in red struck back within minutes as Mathewson finished off a Sammy Arnold break and pop pass from the ground to put the province back in front.  Hanrahan added his second conversion.

Nash was next to cross after replacement centre Rory Scannell made the initial break and Mathewson provided the final pass for the winger to finish off the opportunity.

The bonus point try came on 66 minutes after some superb counter-attacking play.  Conor Oliver, making his first appearance of the season, pounced on Cardiff’s spilled ball to claim possession.  With the ball moved out Hanrahan found the space to break away and with his half-back partner Alby Mathewson outside him, the number 9 linked with Dan Goggin before finishing the move off himself.

Hanrahan was off target with the sideline conversion but made no mistake with the next penalty as the clock was winding down.

The home side closed out the game with a Nick Williams try, but Munster had done enough to come away from the Welsh venue with a win for the first time since March 2017.

JJ Hanrahan was awarded Man of the Match.

Alex Wootton made his first PRO14 start since March after returning from injury.

Conor Oliver made his first appearances of the season. 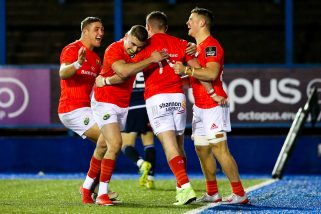 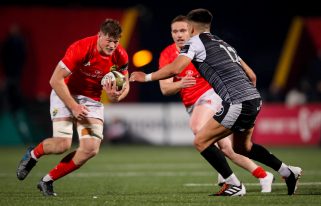 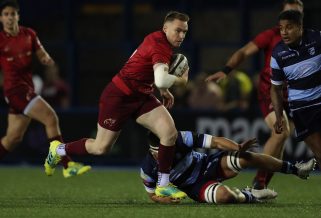 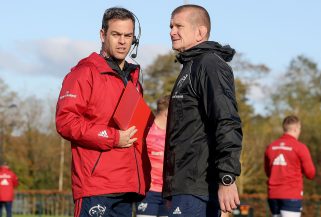