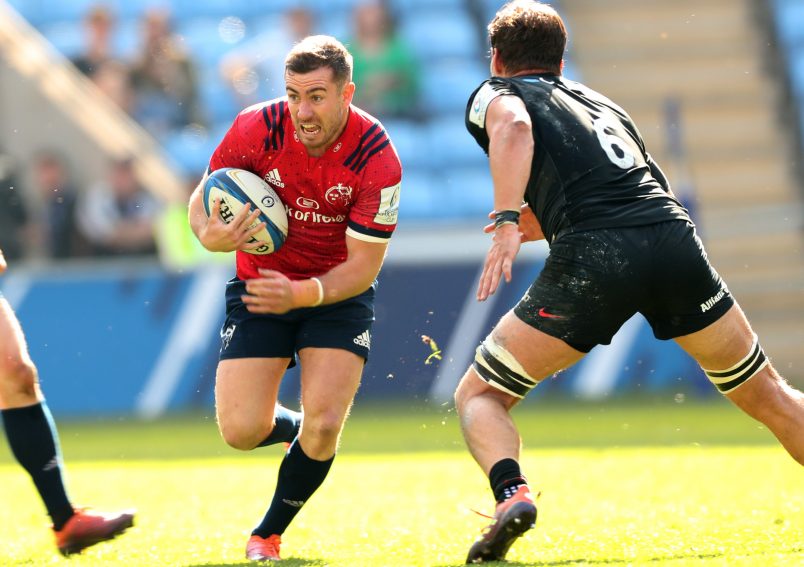 JJ Hanrahan starts at out-half for Munster on Saturday. Inpho

The Munster team to face Racing 92 in the Champions Cup on Saturday evening at Thomond Park has been named by Head Coach Johann van Graan.

There are three changes to the side that defeated Ospreys last weekend as JJ Hanrahan, Tadhg Beirne and Jack O’Donoghue all come into the starting XV.

Mike Haley starts at full-back with Andrew Conway and Keith Earls on either flank.

Rory Scannell and Chris Farrell continue their centre partnership with Conor Murray and Hanrahan in the half-backs.

Last week’s Man of the Match Jeremy Loughman, Niall Scannell and John Ryan pack down in the front row.

Beirne partners Jean Kleyn in the engine room with O’Donoghue named in a back row that also includes captain Peter O’Mahony and CJ Stander.

Alby Mathewson is among the replacements and is set to play his last game for the province.

Player Update: Tyler Bleyendaal reported stiffness this week and was unavailable for selection. 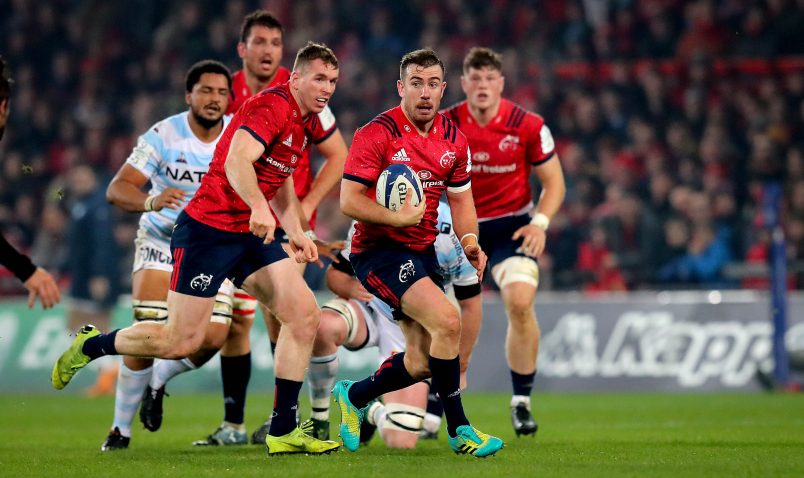 A late Andrew Conway try and touchline JJ Hanrahan conversion saved a draw for Munster against a quality Racing 92 outfit in the Champions Cup at a sold-out Thomond Park on Saturday evening.

Munster’s late comeback very nearly earned the victory but Hanrahan, moments after a stunning leveller, was unable to land the drop-goal.

The two points keep Munster and Racing tied at the top of Pool four on seven apiece with Saracens second on five points.

Hanrahan’s first penalty from long-range after eight minutes got Munster off the mark but Racing showed their intent with the first try ten minutes later.

An uncharacteristic Munster error in the lineout gave the visitors the perfect platform and Finn Russell dinked through the defence to score. Teddy Iribaren, a late inclusion in place of Maxime Machenaud, converted to make it 7-3.

A scrum penalty for Munster after 26 minutes gave Hanrahan his second three-pointer but Racing again responded with a try.

This time it was Teddy Thomas as good hands released the winger down the right flank and he chipped over the last man and ran in under the posts. Iribaren made it 14-6 with half an hour played.

Munster came roaring back and opted to go for the corner after a promising attack was stopped by Racing taking a man off the ball.

After a strong maul, Munster went wide with Chris Farrell making good yards before Tadhg Beirne was held up. We had been playing advantage with Munster opting for a quick tap and Hanrahan was just stopped from touching down with the ball going forward.

The province weren’t to be denied and Keith Earls scored his 56th try for the province in the final play of the half. The hosts shifted the ball left through slick hands and Earls finished brilliantly.

Hanrahan levelled matters six minutes into the second half with his third penalty after Racing were pinged for not rolling away after a slick backline move.

Juan Imhoff was in for Racing’s third try on 48 minutes after another Russell break. The out-half spotted Jeremy Loughman limping and targeted the prop to make a break and then popped for Imhoff to score. Iribaren converted and Racing led 21-14.

It looked as if the game was drifting away from Munster as Racing held the hosts at arm’s length but the province’s never-say-die attitude was to the fore in the final 10 minutes.

After piling huge pressure on the Racing line, Munster needed a moment of magic and Hanrahan produced with a perfectly floated pass to Conway for the winger to score his sixth try in six games.

Munster needed the touchline conversion to draw level and Hanrahan produced the perfect kick to level it up.

Johann van Graan’s side still had time to win it and were camped deep in Racing territory late on but Hanrahan’s drop-goal went left and wide.

Munster continued an unbeaten home record that stretches back to December 2017.

Jeremy Loughman (ankle) limped off in the second half and will be assessed by the medical team. 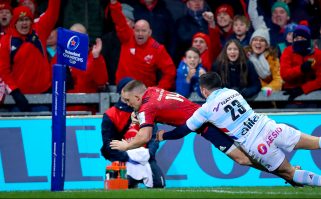 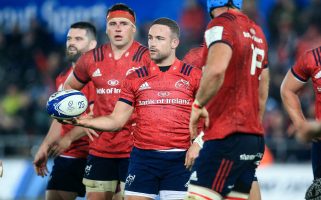 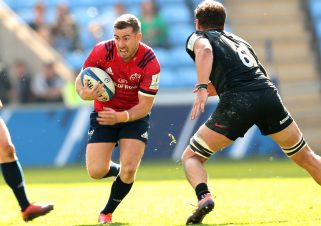 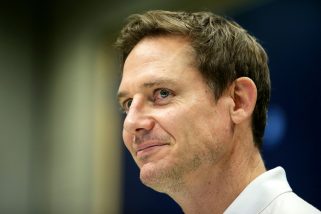 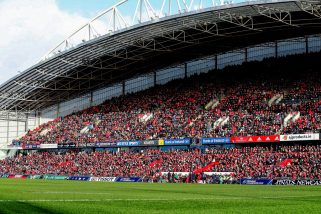 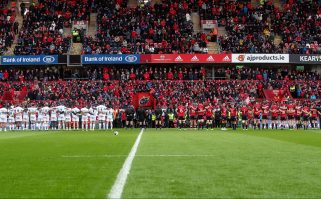 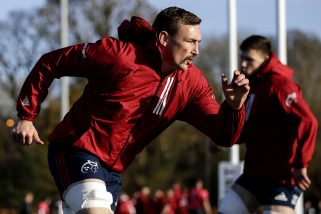 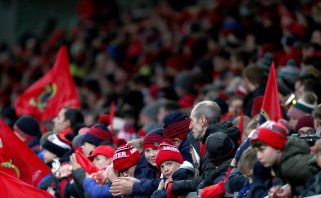 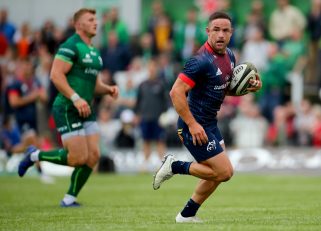 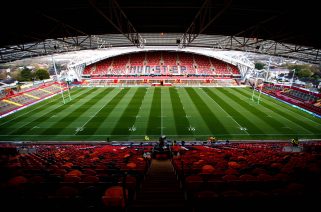