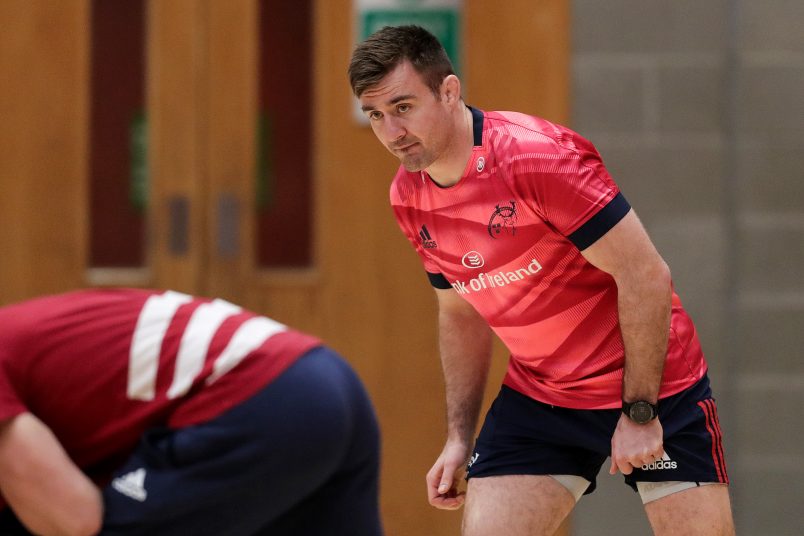 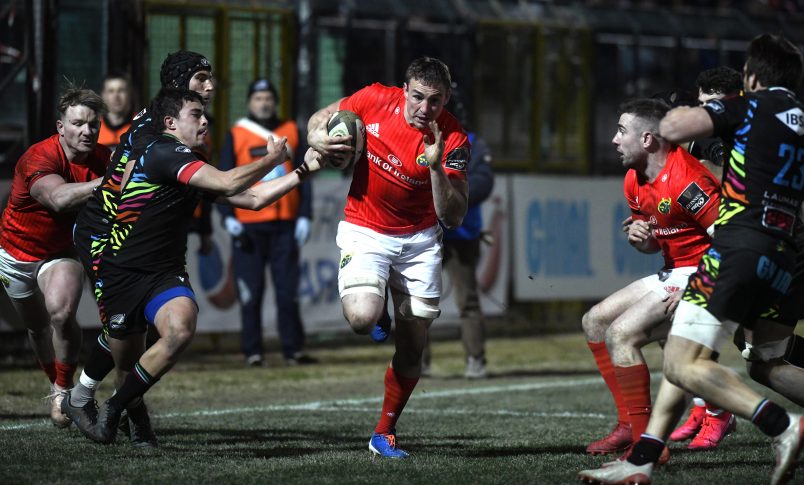 Tommy O’Donnell on the charge against Zebre. Inpho

A Man of the Match performance from JJ Hanrahan led Munster to another bonus-point win in the Guinness PRO14 away to 14-man Zebre in Milan on Friday night.

The out-half continued his brilliant form with the boot that has now seen him kick 20 successive kicks at goal in the PRO14.

The out-half also scored a try of his own as Calvin Nash, Rory Scannell and the returning Darren Sweetnam touched down in a hard-fought win.

Munster are back in action at Thomond Park against Conference B rivals Scarlets on Saturday at 5pm. Buy tickets here.

Academy out-half Jake Flannery made his Munster debut as a replacement with the Tipperary man included on the bench after Shane Daly (glute) pulled up in the warm-up and Sweetnam moved into the starting XV.

Both sides stood for a minute’s silence before kick-off to honour the memory of former Munster Rugby CEO Garrett Fitzgerald after his passing last Friday.

Pierre Bruno missed a long-range penalty for Zebre early on and the winger was sent off on 10 minutes for leading with an elbow as he carried into contact with Chris Cloete.

Munster hit the front on 11 minutes after their first real attack of note. A good lineout maul trundled into the Zebre half and Calvin Nash chased superbly to just about get downward pressure on Craig Casey’s clever kick in behind the defence,

It was Nash’s second try in two weeks and JJ Hanrahan added the extras for a 7-0 lead.

Munster needed strong maul defence to keep out Zebre after 20 minutes and Niall Scannell, who captained Munster for the first time, departed after 20 minutes with an ankle injury picked up in the defensive effort. Kevin O’Byrne replaced him with Rory Scannell taking over the captaincy.

Despite being down a man, Zebre took the game to the visitors for the remainder of the half with Munster glad to lead by seven points at the interval.

Munster were in for their second try on 52 minutes after a decent spell of pressure with Hanrahan crossing in the corner and converting for a 14-0 lead.

Hanrahan then assisted Munster’s third try on 57 minutes with Rory Scannell crossing to put the game beyond Zebre and the conversion have Munster a 21-0 lead.

The chase was on for the bonus point and despite having to soak up more Zebre pressure, the crucial fourth try arrived on 73 minutes with Hanrahan again on target to cap off an important win.

Academy player Jack O’Sullivan started the game and fellow Academy man Jake Flannery made his debut as a replacement.

Niall Scannell captained Munster for the first time but departed with an ankle knock in the first half with Craig Casey (wrist) replaced in the second half.

Man of the Match JJ Hanrahan has now kicked 20 successive place kicks in the PRO14.

Tommy O’Donnell and Darren Sweetnam both returned from injury in the clash.

The win sees Munster stay second in Conference B of the Guinness PRO14. 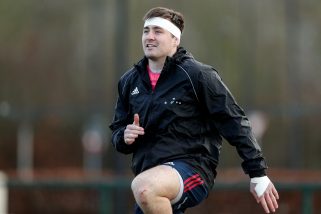 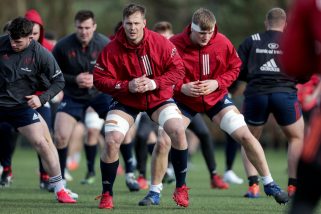 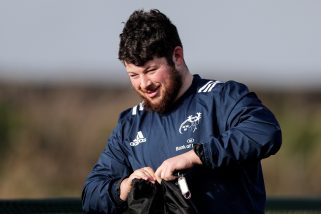