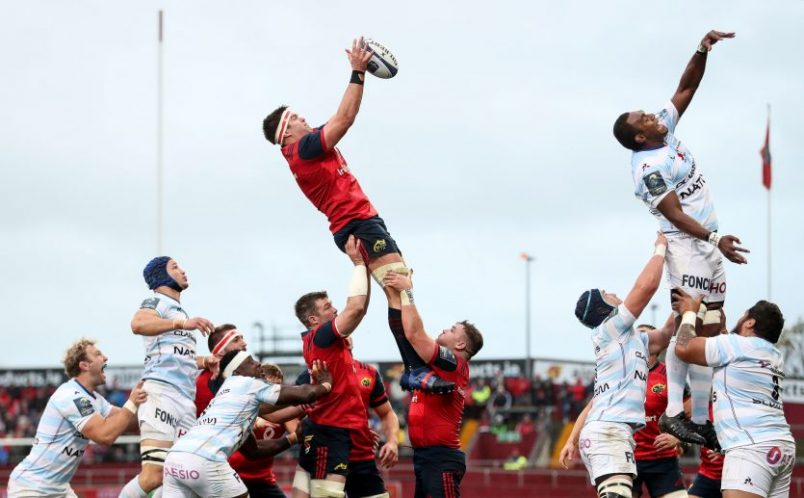 Billy Holland has started every single Munster game so far this season.

It’s a first European start for hooker Kevin O’Byrne as he and winger Darren Sweetnam are promoted from the bench this weekend with Andrew Conway and Rhys Marshall continuing to follow return to play protocols.

Keith Earls and Niall Scannell are notable returnees from respective hamstring and thumb injuries and are included in the match-day 23.

Billy Holland again continues in the second row having already started all 13 of Munster’s games so far this season.

Darren Sweetnam looks ahead to the game. 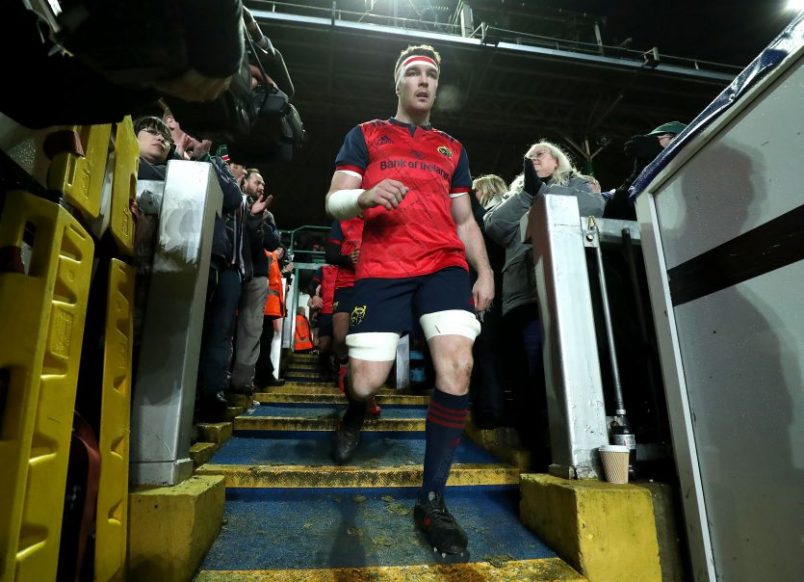 Peter O'Mahony was Man of the Match in Munster's win

Man of the Match Peter O’Mahony led Munster to a vital Champions Cup victory over Leicester Tigers to move clear at the top of Pool 4 on Sunday evening as the province recorded their first win in 11 years at the famous English ground.

Ian Keatley was instrumental as he kicked six penalties and a conversion with the try coming early in the second half for CJ Stander in an immense team performance.

The victory saw Munster become the first side to beat Leicester Tigers in both games since the European double-headers were introduced in 1999.

Munster trailed early on as George Ford slotted a penalty from the right flank after the Munster forwards were penalised for taking out the Leicester lineout jumper before he had landed.

The response from Munster was good as Keatley’s superb touchfinder put the visitors into position five metres out from the Tigers line and after a good spell of pressure, Leicester were pinged at the breakdown and Keatley levelled matters.

Matthew Tait touched down the first try in the 13th minute after a very well-worked move as the attack switched to the left flank and the full-back has the pace to dart through a gap and touch down.

Munster enjoyed another decent spell after conceding that try with the lineout maul a particular area where the visitors were getting joy as hooker Kevin O’Byrne, on his first European start, was enjoying a fine game.

Leicester were defending very well and Keatley again took the points on offer after Dan Cole was penalised for not rolling away to reduce the deficit to four.

When Leicester illegally halted another charging Munster maul after 34 minutes, Keatley against struck to move within a point and the out-half’s fourth penalty two minutes before the break gave Munster a 12-10 lead.

Leicester ended the half with 14 men after Dan Cole was sin-binned for persistent Leicester infringements and Conor Murray was just off target with a very long range penalty.

An outstanding start to the second half saw Munster move nine points clear as O’Mahony stole a Leicester lineout, Murray sprinted to within yards of the Tigers line, and Stander managed to barge over from close range.

Keatley made it five from five with the conversion and Munster led 19-10.

The visitors were in full flow now with Simon Zebo and Alex Wootton starting to get more ball in hand but Leicester weathered the storm and fought back strongly with Jonny May leading the charge with a superb slaloming run but Chris Cloete did brilliantly to gather the winger’s kick behind the defence.

Back to 15 after the return of Cole, Leicester kept the pressure on and eventually forced a penalty as Ford duly obliged to reduce the deficit to move within a score.

Replacement John Ryan was sin-binned on the hour for slapping the ball out of Ben Youngs’ hands and Ford again took advantage to move Tigers within three as only 20 minutes remained.

Keatley was off target with a drop-goal attempt shortly afterwards and was narrowly wide with a penalty on 65 minutes after Zebo was tackled late after launching a garryowen.

The win was sealed on 78 minutes as Keatley landed his sixth penalty after a brilliant turnover from Stander and a famous win was complete.

The victory saw Munster become the first side to beat Leicester Tigers in both games since the European double-headers were introduced in 1999. It was also the province’s first victory at Welford Road in 11 years.

Peter O’Mahony was awarded Man of the Match two days after signing a new contract with Munster and Ireland. 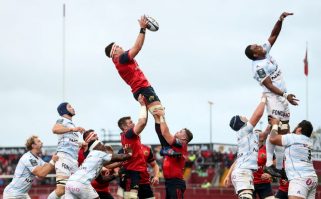