Ryan To Start Against Treviso 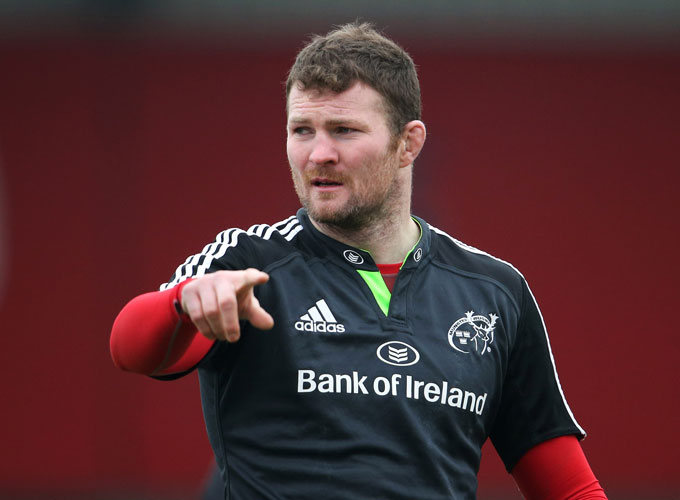 Head Coach Anthony Foley has named his side to face Benetton Treviso at Irish Independent Park tomorrow afternoon (KO 3.05pm), with Donnacha Ryan set to make his first start since returning from injury and Tommy O’Donnell in line to win his 100th cap for the province.

Foley makes just three changes to the side that defeated Edinburgh at Murrayfield almost a fortnight ago.

Two changes to the pack see Stephen Archer start in the front row, alongside Dave Kilcoyne and Duncan Casey, with Donnacha Ryan coming in to partner Munster Player of the Year nominee Billy Holland in the second row. Since his return from a foot injury in March, Ryan has featured twice from the bench in the
PRO12 and completed his first 80 minutes when lining out for Munster ‘A’ against the Ulster Ravens last week.

Once again Peter O’Mahony joins Tommy O’Donnell and CJ Stander in the back row with O’Donnell set to win his 100th cap in the red of Munster. The Tipperary native and Stander are also in the running for
Munster Player of the Year.

The inclusion of Academy Player of the Year nominee Rory Scannell is the final change to the starting line-up, in a backline that sees Conor Murray and Ian Keatley remain at half-back, Scannell joins Andrew Smith in the midfield while Simon Zebo, Keith Earls and Felix Jones all continue in the back three.

Tickets from just €;15 for Adults and €;30 for Families (2 adults & 2 kids) can be purchased online here, from the Munster Rugby Ticket Offices at Irish Independent Park and Thomond Park, or by calling 0818 719 300.

Meanwhile, the 2015 Munster Rugby Awards take place at a lunchtime event on Thursday April 30th at Maryborough Hotel & Spa in Cork. Click here to cast your vote for Munster Rugby Player of the Year.

If you would like to attend the awards lunch, or find out additional information please click here. 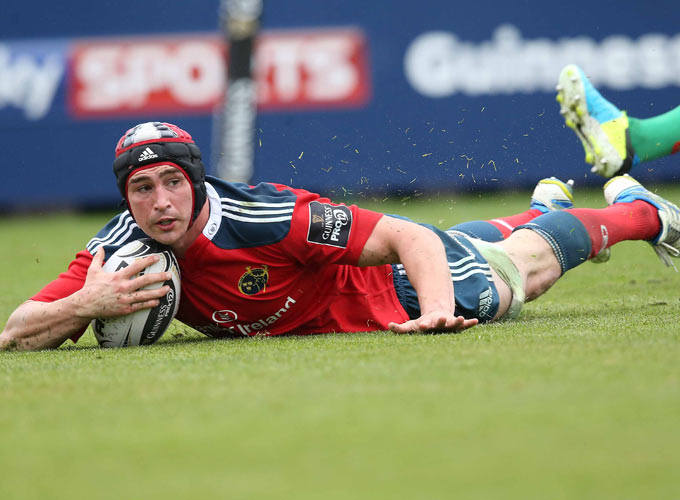 The boot of Ian Keatley and tries from Simon Zebo, CJ Stander and Tommy O’Donnell and a fourth bonus point winning penalty try gave Munster a 30-19 win against Treviso this afternoon in Irish Independent Park,

Head Coach Anthony Foley hit the nail on the head when he described today’s performance as error strewn, but did admit it was a battle hardened effort against a physical Treviso side that fought for 80 minutes.

Despite the sloppy performance Munster managed to secure a crucial bonus point win to move into second place outright, and one point ahead of Ulster who are up next in Kingspan Stadium on May 9th.

Applying early pressure it was Ian Keatley who opened the scoring after 4 minutes when Treviso were penalised by referee Ben Whitehouse for back-chat. The sustained period of pressure produced the first try of the game when after seven phases winger Simon Zebo dived over to score for the third game in a row. Ian Keatley’s conversion attempt struck the upright.

Play continued in the Treviso half and Munster advanced once again with Andrew Smith carrying before being stopped just short of the line. However, number 8 CJ Stander made no mistake when he crashed over from close range to score Munster’s second try after 18 minutes. Keatley was off target with the conversion.

Not surprisingly the visitors reacted and made in-ways when moving into Munster’s red zone for the first time in the game. Taking advantage of poor maul defence number 8 Mathew Luamanu claimed the spoils when the pack drove over the line. Fullback Jayden Hayward added the extras to reduce the gap to 6 points after 25 minutes.

With conditions playing their part the game continued as a stop start affair but Munster moved further ahead following a well worked lineout play in the final minute of the half. Conor Murray released centurion
Tommy O’Donnell to run in for the third try and with Keatley adding the conversion Munster led 20-7 at the break.

On returning after the interval the visitors showed an immediate response, and they found a gap in the Munster defence when centre Andrea Pratichetti ran in the Italian’s second try, scoring by the posts to give Hayward the easy shot at goal. Encouraged by their early score Treviso rallied again and continued to press edging closer to the Munster line before Ian Keatley claimed an interception.

With Munster chasing a fourth try the TMO was called on for a Conor Murray attempt after 51 minutes but it was not awarded after he lost control on grounding. But there was a penalty advantage for a Treviso offside and Keatley successfully added his second of the afternoon for a 23-14 scoreline.

When Foley introduced Eusebio Guinazu and BJ Botha to the front row the change provided the desired effect when securing a number of scrum penalties, and on the 66th minute a penalty try was duly awarded. Keatley kicked the extras to further extend the lead to 30-14.

Disappointingly Munster’s defence was stretched once again in the final 10 minutes when winger Simone Ragusi crossed for Treviso’s third and final score.

In securing the five-point return Munster remain on track for the PRO12 play-offs, but admittedly have work to do.

Ryan To Start Against Treviso