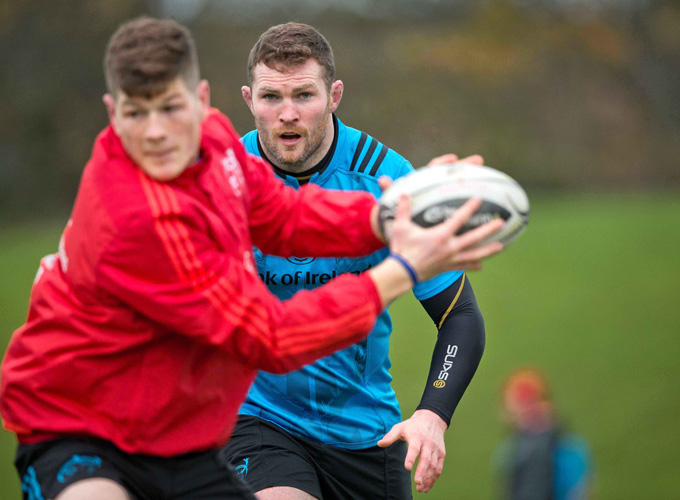 Head Coach Anthony Foley makes 5 changes from the side that suffered defeat to Ospreys for tomorrow night’s Guinness PRO12 encounter away to Glasgow Warriors at Rugby Park, Kilmarnock – KO 7.35pm.

Following their involvement in the opening two rounds of the RBS 6 Nations, Donnacha Ryan, Tommy O’Donnell and James Cronin have been made available to the province for this Round 15 game.

O’Donnell and Ryan make up two of three changes to the pack while Cronin is named amongst the replacements.

The only other change up front comes at hooker with Niall Scannell packing down between Dave Kilcoyne and John Ryan.

Captain Billy Holland makes the positional switch to start alongside Ryan in the second row for the first time this season, while in the back row, O’Donnell starts at 7 with Jack O’Donoghue moving to 6 and Robin Copeland remaining at 8.

The first of two changes across the backline comes in the half-backs with Tomás O’Leary resuming his partnership with Ian Keatley. The second is seen in midfield where David Johnston comes in to form an all-academy centre pairing with Rory Scannell.

Should he feature from the bench, academy back-row Conor Oliver will make his first competitive appearance for Munster, while Johnny Holland has recovered from a long-term hamstring injury to win inclusion in his first PRO12 squad since November 2014.

This game will be televised on Sky Sports 5. 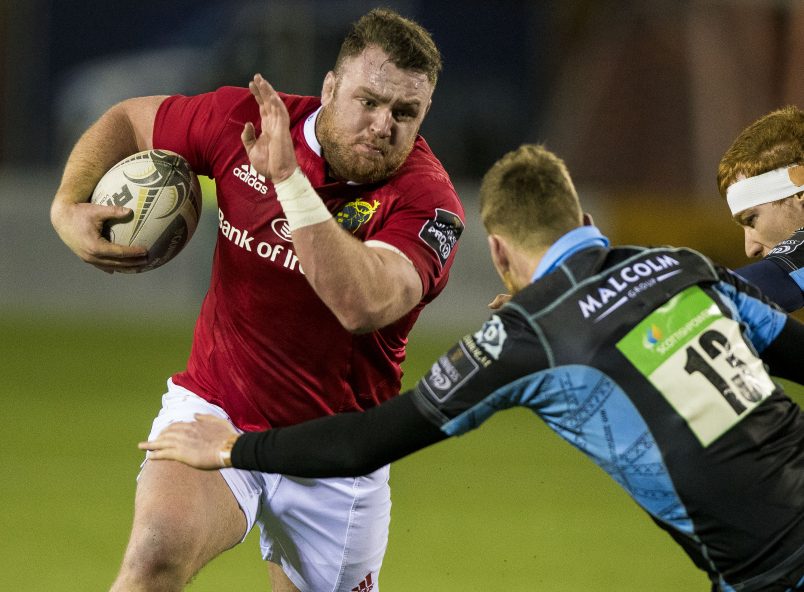 Munster came out on the wrong side of a cracking tie on the 3G surface in Kilmarnock as PRO12 champions Glasgow Warriors edged an exciting encounter.

There was the small consolation for the visitors in the form of a losing bonus point with Glasgow Warriors earning a four-try bonus point in the win.

The vocal travelling support would have feared the worst when two early Sila Puafisi tries saw Glasgow race into a 14-0 lead.

Anthony Foley’s side showed their quality and fighting spirit to storm back with 17 unanswered points though giving them a half-time lead with the irrepressible Dave Kilcoyne touching down twice as Ian Keatley kicked two conversions and a penalty.

A Duncan Weir try and then penalty in the third quarter of the tie tipped the balance back in Glasgow’s favour but Munster, down to 14 men after the sin-binning of Tomás O’Leary, wouldn’t lie down as Mike Sherry crossed to level matters.

Keatley stepped up and nailed the touchline conversion to make it 24-22 in favour of the visitors but, within five minutes of getting back to their full complement, Munster were back down to 14 when replacement James Cronin saw yellow for persistent Munster infringement in the scrum.

And this time Glasgow made the visitors pay with Glenn Bryce crossing in the left corner after Munster failed to clear their lines and that proved to be the decisive score.

Munster started with Donnacha Ryan and Tommy O'Donnell in the side with Cronin among the replacements after their involvement in the Six Nations with Ireland.

The game was played at Kilmarnock’s 3G pitch as Scotstoun was waterlogged and it couldn’t have started any worse for Munster as Warriors raced into a 14-point lead.

Munster showed their resilience as they hit back through a Kilcoyne try on 12 minutes after Robin Copeland was held up just short and Keatley reduced the gap further with a penalty.

The turnaround was complete when Kilcoyne, with a little help from John Ryan and Donnacha Ryan, crossed again to give Munster a 17-14 lead with just 25 minutes gone.

Glasgow went back in front three minutes after the break as Duncan Weir jinked his way through a gap in midfield to make it 19-17.

O’Leary was then sent to the bin for a deliberate knock-on and Weir kicked a penalty to increase the Glasgow lead with the Glasgow scrum now completely dominant.

The 14 men struck back though as substitute Sherry crossed in the right corner after a well-worked lineout move and Keatley judged the wind to perfection to land the touchline conversion and edge Munster ahead by two.

Glasgow had the last word however, as Bryce crossed in the left corner for the winning score..

Captain Billy Holland said afterwards: “We’re absolutely gutted inside [the dressing room]. We had an awful start, 14-nil down after, I think, 10 minutes. Then the fightback to go in front at half-time, there was a lot of really good work and unfortunately [we got] two yellow cards in the second half. To play a team like this here with 14 men for half of the second half is a very difficult thing to do.

“We wanted four points and we wanted nothing less than that so we’ve a losing bonus point but we’re not happy with that. Glasgow played some great rugby, we did as well at times, but our discipline and falling off a few tackles let us down.”

Holland added: “We came here with a very young team, we had three lads in the academy [playing] and we had a guy (Conor Oliver) making his debut off the bench.

“22 of our 23 were born in Ireland and that’s very important and that’s what makes it hurt that much more. We were playing against a team with a wealth of internationals and we feel like we could have got the win out there today so we’re just gutted.”

PRO12 Round 15 round-up: Robin Copeland was taken off for HIA after 20 minutes while Tommy O'Donnell was replaced early in the second half due to illness. The academy duo of Rory Scannell and David Johnston formed the starting centre partnership for the second time this year, while first-year academy player Conor Oliver made his Munster debut when replacing O'Donnell after 47 minutes. Munster picked up two yellow cards with Tomás O'Leary and James Cronin both sin-binned in the second half. The entire starting 15 for Munster were Irish with Uruguayan prop Mario Sagario the only player in the matchday 23 born outside of Ireland, while 18 players are products of the provincial clubs and schools. 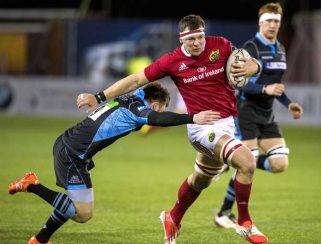 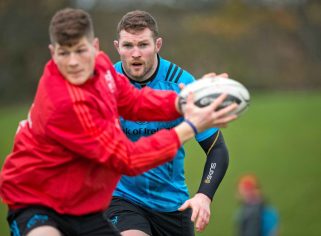