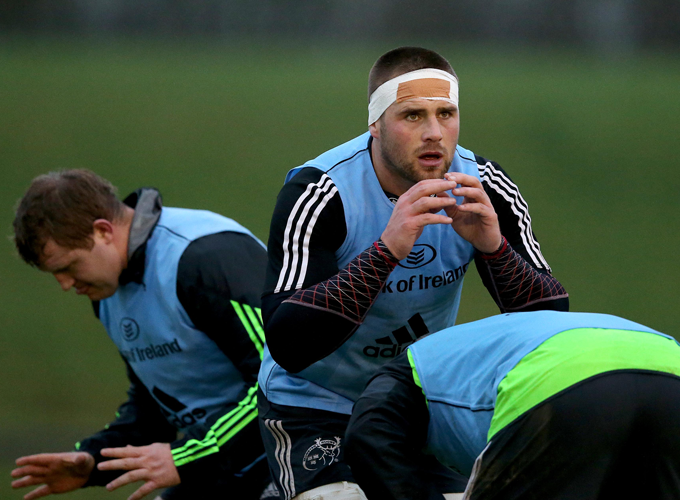 In making 8 changes to the side that defeated Cardiff Blues last weekend Foley calls on the services of returning internationals Tommy O’Donnell, Felix Jones and Ian Keatley, who was a late withdrawal last week due to illness.

Andrew Conway has also overcome the flu in resuming his place on the wing and the squad has been further boosted by the return of CJ Stander from injury as he takes his place in the starting XV.

There is a new front row named for the round 15 fixture with Dave Kilcoyne, Kevin O’Byrne and Stephen Archer all starting. While the other changes to the pack see Tommy O’Donnell and CJ Stander join Dave O’Callaghan in the back-row.

Ian Keatley resumes his partnership with Duncan Williams in the half-backs, while Captain Denis Hurley and Keith Earls remain in situ with Andrew Conway and Felix Jones joining Luke O’Dea in the back three.

This game will be televised on Sky Sports while you can also follow the action on Twitter: @munsterrugby #ScaVMun

Scrum Coach Jerry Flannery gave us his thoughts ahead of the Scarlets game. View it here… 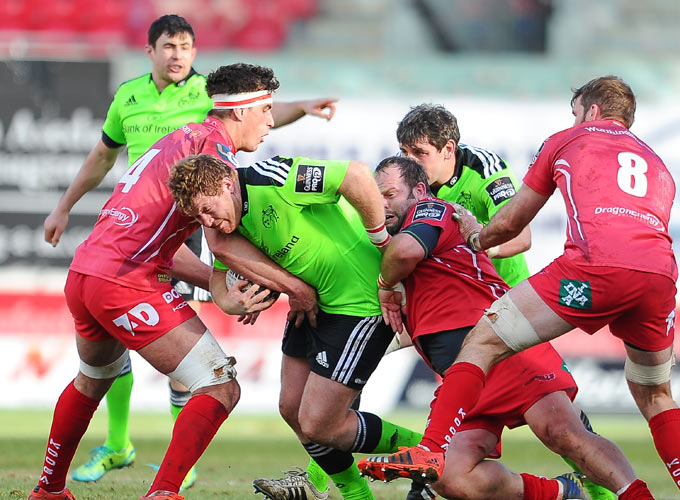 Munster clawed their way back from a 12-point deficit moving in to the final 10 minutes to clinch a last-minute draw against Scarlets today.

Unable to capitalise on opening half possession due to a string of errors and ill-discipline at the breakdown it was the Welsh side that led 12-6 at half-time after Steven Shingler and Ian Keatley exchanged penalties.

Despite moving ahead for the first time early in the second half, with a converted try from Jack O’Donoghue, Scarlets replied with a try from Hadleigh Parkes converted by Shingler, before the outhalf kicked two further penalties to extend the lead to 12 points.

But a resilient fight-back saw Felix Jones and JJ Hanrahan cross in the last 5 minutes and with Keatley adding the latter conversion Munster snatched a draw, and a crucial two points, in the final play of the game.

Shingler’s faultless kicking pushed his side ahead in the first half. He opened the scoring with a penalty after three minutes although Keatley was quick to reply with his own effort after the pack secured a scrum penalty, and both out-halves exchanged another penalty each to level the sides after 20 minutes.

The Welsh-man kicked his side on once again when Donncha O’Callaghan was penalised for a high tackle, and he took advantage of Munster’s continuing ill-discipline when adding his fourth within minutes after Tommy O’Donnell was penalised for going off his feet.

Scarlets’ centre Regan King was pinged for not releasing in the tackle but Keatley missed the chance to reduce the deficit as he pulled his effort from the tee wide.

Munster finished out the half with 14 men after Duncan Williams was yellow carded for unnecessary use of his boot.

Despite the numbers disadvantage Foley’s men started the stronger in the second half, applying early pressure and when back to their full complement they were rewarded when replacement Jack O’Donoghue touched down after a series of pick-and-goes. It was the Waterford man’s second try in back-to-back appearances.

With Keatley kicking the extras Munster moved ahead for the first time after 54 minutes but the lead was short-lived as Shingler kicked his fifth shot at goal after the hosts were awarded a penalty off the scrum just inside Munster’s half.

Moments later Ian Keatley’s kick was blocked down and centre Hadleigh Park won the chase back, gathering the ball and scoring his side’s first try. Shingler added the conversion to extend the lead to 9 points.

The game moved further out of reach after another scrum infringement and Shingler added his 6th penalty with an easy shot in front of the posts after 68 minutes.

As the game closed out Munster continued to attack and took advantage of a reduced Scarlets side after George Earle was sin-binned. Felix Jones was first to cross after he spun around the defence out wide, and with 4 minutes remaining Munster trailed by 7.

The side rallied once again and after several phases inside the Scarlets 22 the continued pressure paid off with JJ Hanrahan running in freely under the posts. Keatley added the conversion to draw the sides level in the final play of the game.

Tommy O'Donnell and Paddy Butler both underwent HIA tests and will follow return to play protocols. 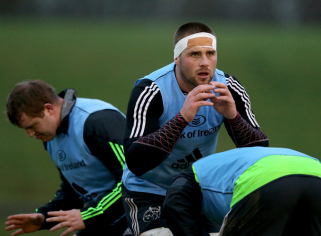