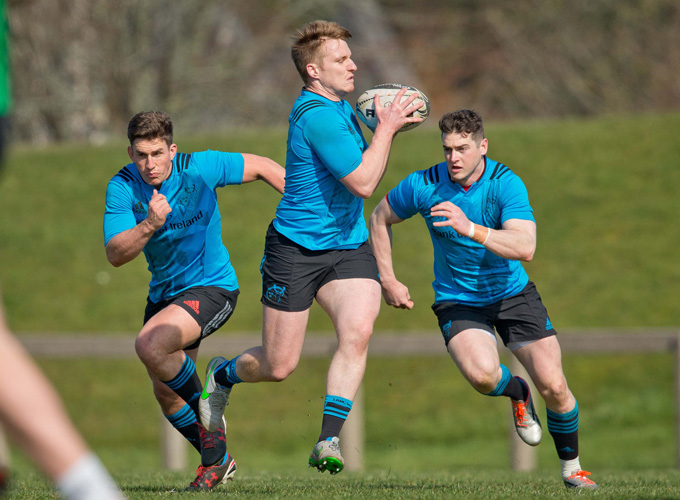 Head Coach Anthony Foley makes five changes from the side that defeated Dragons for tomorrow night’s Guinness PRO12 Round 12 re-fixture away to Cardiff Blues at the Cardiff Arms Park – KO 7.15pm.

James Cronin and Mike Sherry both return to the starting XV and join John Ryan in the front row with Dave Foley resuming his partnership in the second row with Billy Holland who again captains the side.

The return of Robin Copeland at number 8 sees Jack O’Donoghue switch to blindside and Dave O’Callaghan move to openside.

In the final change, winger Ronan O’Mahony has successfully overcome a hamstring complaint to re-join the back-three. Darren Sweetnam remains on the opposite flank as does Andrew Conway at full-back.

Should he feature from the bench, academy second row Sean McCarthy will make his first Guinness PRO12 appearance. A native of Currow in Co. Kerry, McCarthy has made 12 appearances for Munster A in the British and Irish Cup and started every game of this season's campaign. 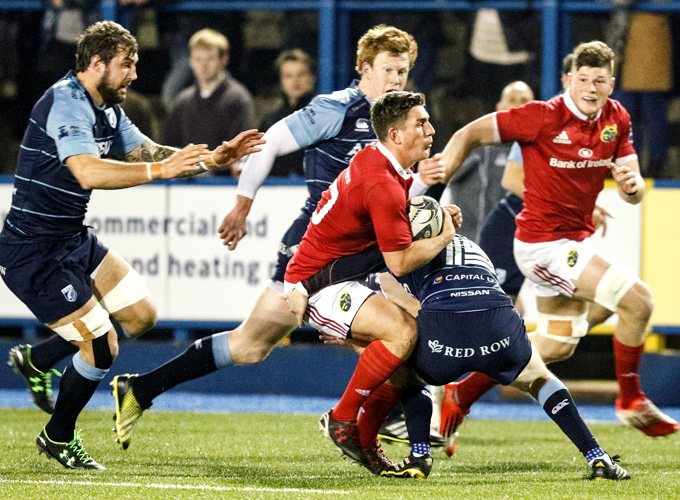 Despite a sprightly start from Munster that saw them take a 0-8 lead, an unyielding Cardiff Blues fought back to edge in front on 34 minutes and never looked back in securing a bonus point win over their visitors, even denying Munster a losing bonus point with the final kick of the game.

Ian Keatley opened the scoring with a penalty on three minutes and that lead was soon extended to 8-0 when Darren Sweetnam crossed for his first competitive try.

Rory Scannell made the initial headway before finding his centre partner Francis Saili who in turn linked up with the in-form Sweetnam who touched down on 6 minutes.

The Cardiff scrum held the upper hand in the early exchanges and a set-piece penalty allowed Rhys Patchell reduce the deficit to five points on 10 minutes.

Blues would also get the next score and cross the whitewash when doing so – Josh Navidi making a wonderful break in midfield before drawing the final man and popping to Macauley Cook who dotted down on 33 minutes.

Patchell was again on the money for the extra two and the hosts led 10-8 at the interval.

Ill-discipline was an issue upon the restart and gifted Patchell two early penalties – the playmaker opting for the posts with the second and sailing it over to the delight of the home fans.

A Keatley penalty reduced the gap to two (13-11) but sooner rather than later the Cardiff contingent had more reason to cheer when hooker Matthew Rees touched down from a quickly taken lineout that caught Munster off guard. Man of the match Patchell maintained his 100% kicking record to put nine points between the sides.

Munster stayed in touch however and Rees’ opposite number in red, Mike Sherry, was on hand to finish off a wonderful lineout maul at close range and with Keatley also adding the extras, Munster were again within two points.

Yet as if to tease their opposition, whenever Munster honed in and came within a kick of the lead, Cardiff quickly found an answer, scoring tries when it mattered most. This time Garyn Smith stripped the ball from Munster hands and raced away for his side’s third with Patchell making it a full seven point return.

Replacement Johnny Holland landed a penalty to make it 27-21 on 67 minutes, but soon after, Patchell rounded off an excellent night with the boot by converting his own solo try which also bagged the try bonus point for the Welshmen.

Determined to salvage something from the game Munster came again and we duly rewarded when Jack O’Donoghue touched down and with Holland nailing the conversion, the province at least looked to have secured a losing bonus point.

However there would be one final and unwelcome twist in the tale for Munster. Ill-discipline, as they attempted to run the ball from their own 22, presented Jarrod Evans with a penalty chance on 80 minutes. Like his counterpart Patchell, Evans made no mistake, denying Munster a losing bonus point.

PRO12 Round 12 Round-up: The loss sees Munster remain in fifth on the Guinness PRO12 table. In his fifth consecutive league start, Darren Sweetnam crossed for his first competitive try.

The game also saw academy second row Sean McCarthy make his competitive debut for Munster. The Kerry native was one of three academy players who featured in tonight’s game, alongside Rory Scannell and David Johnston. 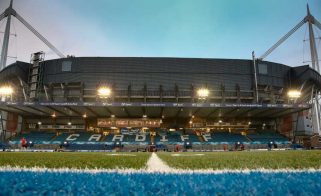 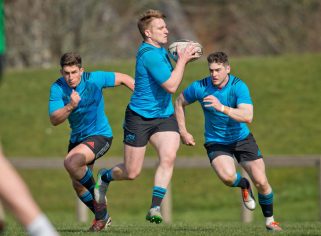