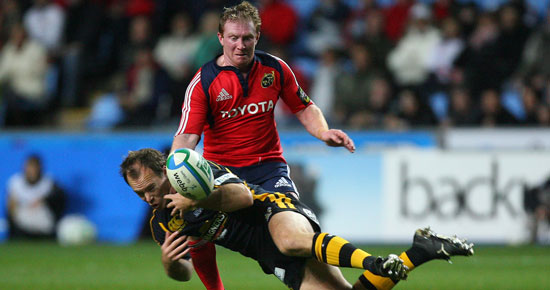 Two of Munster’s longest serving players, Anthony Horgan and Frank Sheahan will make their final appearance in the Munster jersey that they graced for the past twleve years, when they line out against Ospreys in Thomond Park tomorrow night (7.45pm).

Sheahan made his debut for Munster in November 1996 (v Western Samoa) while Horgan’s came eight months later in the interprovincial championship match against Connacht and since then between them they have won over 300 competitive caps. Horgan’s career record of 38 tries includes 14 in the Heineken Cup.

In what will prove to be an emotional night for Munster – they will be presented with the Magners League trophy after the game – supporters will get the opportunity to also bid adieu to prop Federico Pucciariello, back-row John O’Sullivan, scrum-half Mike Prendergast and centre/wing Kieran Lewis who all bow out of the Munster squad after tomorrow night’s match. 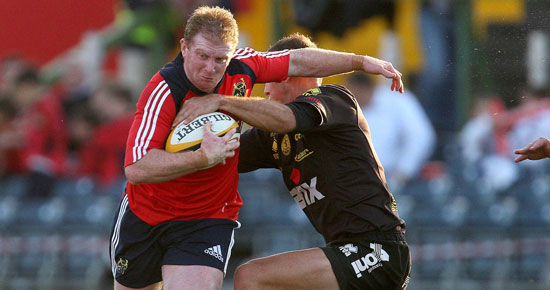 And it was a particularly fitting end to the career of a Munster legend, Anthony Horgan who scored a cracking try – from a brilliant off-load by Kieran Lewis – in his last game in the Munster jersey.

Munster led 15-10 at half time thanks to tries from Paul Warwick and David Wallace and in the second half Denis Leamy extended the lead with a try after just eight minutes.

Man of the match Denis Fogarty made the next one for Wallace and the biggest cheer of the night came when Horgan scorched over in the 73rd minute having just come on as a replacement just two minutes earlier. 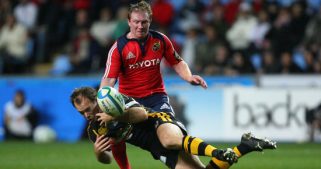