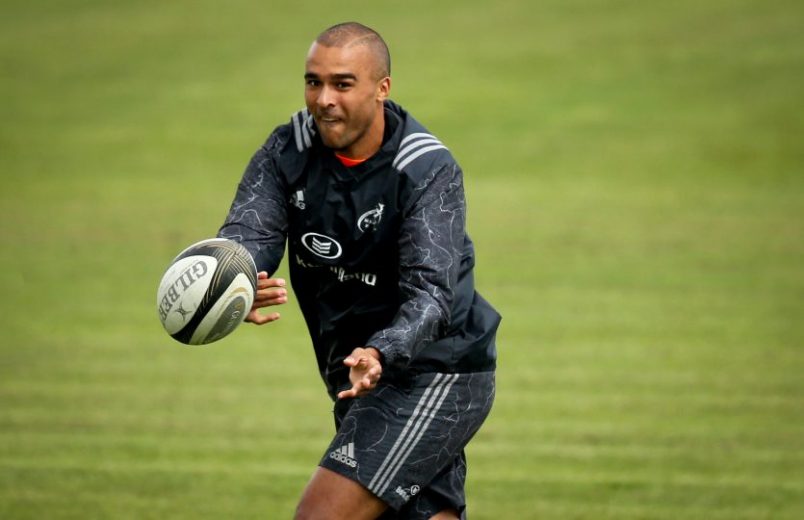 Simon Zebo lines out at Thomond Park for the final time tomorrow.

Tickets are now available for the game and up to four kids go free if you purchase online here.

Simon Zebo starts at full-back in his final game for Munster at Thomond Park with 12 changes to the side that drew 24-all with Ulster last weekend.

JJ Hanrahan is also retained at out-half and is partnered by Conor Murray in the half-backs.

James Cronin, Man of the Match last week, starts at loosehead with Rhys Marshall and Stephen Archer both returning to the side.

Jean Kleyn and Billy Holland are back in the engine room with captain Peter O’Mahony, Jack O’Donoghue and CJ Stander making up the back row.

The winners of the fixture travel to the RDS to face Leinster in the Guinness PRO14 semi-final on Saturday, May 19.

Tickets are available for the game here, from the Munster Rugby ticket offices in Irish Independent Park and Thomond Park, or by calling 061 421103.

Munster Into PRO14 Semi-Finals After Edging Out Edinburgh 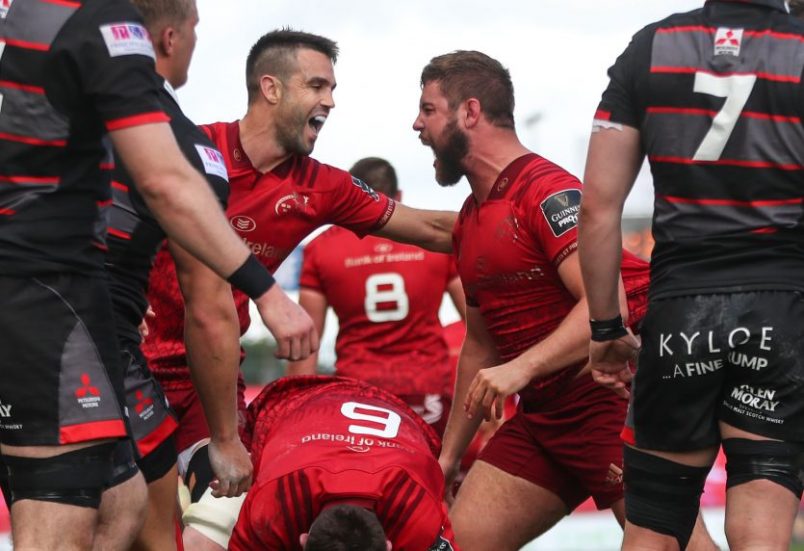 Munster will face Leinster in the Guinness PRO14 semi-final at the RDS in two weeks after an extremely hard-fought victory over Edinburgh at Thomond Park on Saturday afternoon.

Munster led 7-6 after an even first half with Rhys Marshall touching down. A rapid start to the second half proved crucial as Man of the Match Keith Earls scored following a moment of magic from Simon Zebo on his last game for Munster at Thomond Park. JJ Hanrahan’s boot proved crucial with the out-half kicking two penalties and two conversions over the 80 minutes.

Edinburgh threw the kitchen sink at Munster in the closing minutes but a lineout steal from Munster captain Peter O’Mahony secured Munster’s passage into the last four.

After a tense opening, Munster took the lead after eight minutes as Marshall caught an overthrown lineout and barged over. Hanrahan had moved Munster into position with a perfectly-placed touchfinder to put the Edinburgh lineout under pressure and Marshall took advantage with Hanrahan adding the extras.

Edinburgh then had a great chance to score after a searing Duhan van der Merwe break with Mark Bennett bringing play to within metres of the Munster line but the scramble defence prevented what looked a certain try.

Sam Hidalgo Clyne did reply with a penalty on 19 minutes to make it 7-3 and reduced the deficit to just a point on 24 minutes as Edinburgh started to gain the upper hand.

The Munster pack won a big scrum penalty on the half hour with tighthead prop Ciaran Parker, an early replacement for the injured Stephen Archer, making a positive impact but Hanrahan’s long-range penalty drifted just right of the posts.

While much of the remainder of the half was played in midfield, Edinburgh looked the more threatening and the game was finely poised at the break.

Munster came flying out of the traps after the break and a moment of magic from Zebo lit the spark. There looked to be no danger when the full-back picked up a loose pass in midfield but Zebo spotted a chance to dink the ball over the Edinburgh defence and he raced onto his own kick before whipping a perfect pass out for Earls to score in the left corner.

Hanrahan added the touchline conversion before kicking his first penalty on 52 minutes to move Munster into a 17-6 lead.

The Edinburgh response was excellent and Hidalgo-Clyne landed his third penalty before the Scots went over for their first try after a clinical counter-attack.

Bill Mata started the move after gathering a Munster kick in his own 22 with replacement scrum-half Nathan Fowles sniping over in the left corner and Jaco van der Walt’s conversion made it a one-point game at 17-16 as we entered the final quarter.

When Edinburgh were pinged for illegally halting a Munster rolling maul after 72 minutes, Hanrahan had the opportunity to give Munster some breathing space and he landed the very tough penalty to make it 20-16

The visitors threw everything at Munster in the final minutes and set up a lineout inside the Munster 22 but O’Mahony managed to get his hand to the throw to win back possession and win the game for Munster.

Munster will face Leinster at the RDS in the Guinness PRO14 semi-final on Saturday, May 19, at 3.15pm,

Stephen Archer was replaced after 16 minutes due to a shoulder injury and Andrew Conway was replaced at half-time after a HIA with the duo to be assessed by the medical staff. 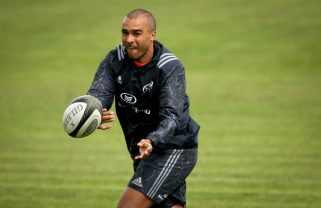