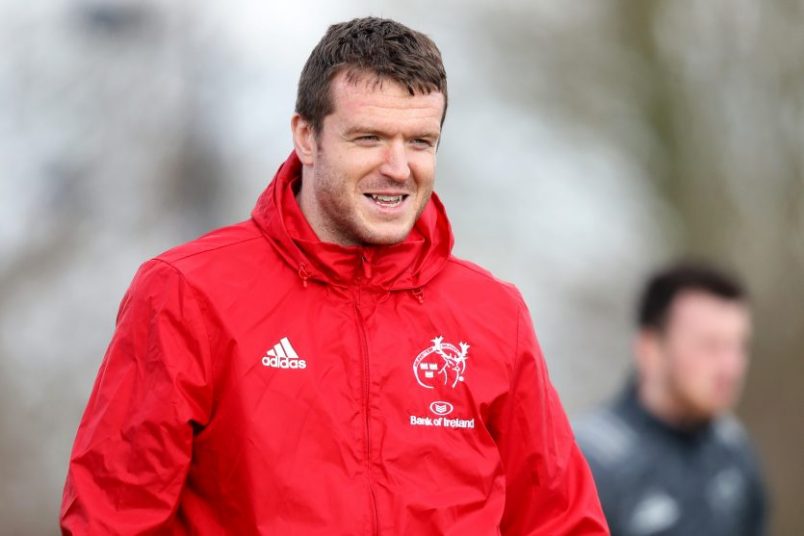 Mike Sherry and James Cronin will both earn their 100th Munster caps in the clash with Sherry captaining the side for the first time since 2013.

Stephen Fitzgerald makes his second start of the season at full-back with Ireland international Darren Sweetnam and Academy winger Calvin Nash on the flanks.

Young Player of the Year Sammy Arnold keeps his place in the side and is joined in midfield by Dan Goggin.

Scrum-half Duncan Williams returns to the starting XV having made a speedy recovery from injury with JJ Hanrahan at out-half.

Sherry and Cronin are joined in the front row by Brian Scott with Gerbrandt Grobler and Darren O’Shea in the engine room.

Dave O’Callaghan, Conor Oliver and Robin Copeland make up the back row.

James Hart, Bill Johnston and Academy centre Shane Daly, an Ireland 7s international, are the backline substitutes with Daly in line to make his senior debut for Munster.

VIDEO | Brian Scott looks ahead to his first Interpro game

Munster Draw With Ulster To Set Up Edinburgh Clash 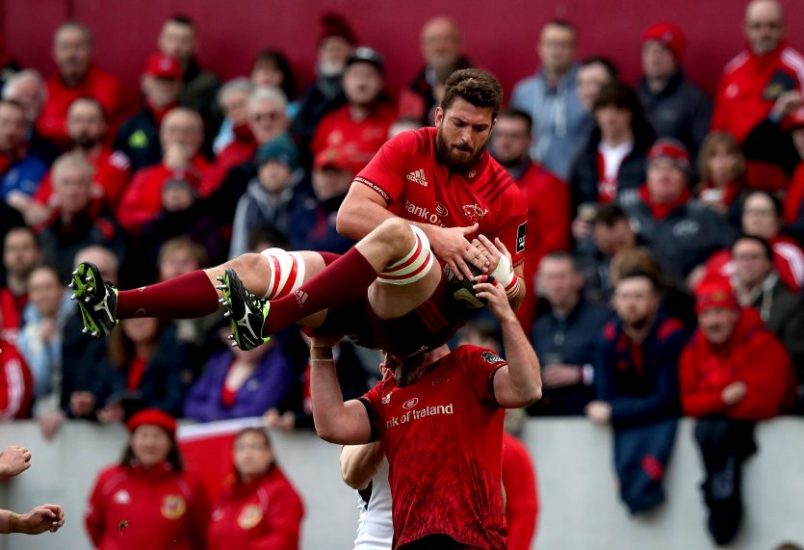 Munster recovered from a 24-14 half-time deficit to draw with Ulster in the Guinness PRO14 at Thomond Park on Saturday evening.

Duncan Williams, Brian Scott and Robin Copeland touched down with JJ Hanrahan kicking three conversions and a penalty to claim a share of the spoils.

Munster will now face Edinburgh in the Semi-Final Qualifier at Thomond Park next Saturday, May 5, at 3.15pm with tickets available here.

Munster made the perfect start as =Williams, back earlier than expected from a facial injury, pounced on a loose ball to touch down after Copeland had done well to disrupt scrum-half David Shanahan.

=Hanrahan knocked over the conversion for a 7-0 lead but the sides were level moments later as Stuart McCloskey scored under the posts. The try came after Clive Ross picked up a Munster pass that went to the ground and released Jacob Stockdale, Darren Sweetnam did superbly to catch the winger but McCloskey was on his shoulder to score and Johnny McPhillips levelled matters.

Ulster went into a 10-7 lead after a McPhillips penalty but Munster were back in front just before the half hour as Sweetnam caught a Stockdale clearance and tore through a gap in the visitors’ defence before being dragged down inside the 22.

100-cap duo Mike Sherry and James Cronin then combined to bring Munster to within yards of the line and Brian Scott showed his try-scoring instincts to steal his way over. Hanrahan was on target again as Munster led 14-10.

Once again the Ulster response was swift with Robin Copeland sent to the sin bin for dragging down a rolling maul before Ulster went to the corner again for Rory Best to score off a maul with McPhillips making it 17-14 after 32 minutes.

A second Best try off a rolling maul on the stroke of half-time gave Ulster a commanding lead as McPhillips’ conversion made it 24-14 at the interval.

Munster came flying out of the traps after the break as the forwards gained the upper hand. Luke Marshall was sin-binned for cynical play after an excellent Hanrahan pass released Sweetnam with a James Cronin effort then ruled out before Copeland scored from close range and Hanrahan converted to move Munster within three points.

It was all Munster in the third quarter but the Ulster defence were standing firm. A first Hanrahan penalty on 68 minutes levelled it up at 24 points apiece as we entered the final 12 minutes.

Munster looked to snatch the four points but Hanrahan miscued his drop-goal attempt before Ulster mounted a late siege on the hosts’ line but outstanding defence saw Munster hold on for a share of the spoils.

Munster are into the Final Series of the Guinness PRO14 and will host Edinburgh in the Semi-Final Qualifier at Thomond Park on Saturday, May 5 (3.15pm).

James Cronin was awarded Man of the Match on his 100th Munster appearance with captain Mike Sherry also reaching that landmark. 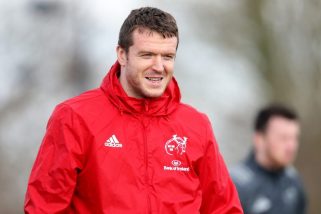