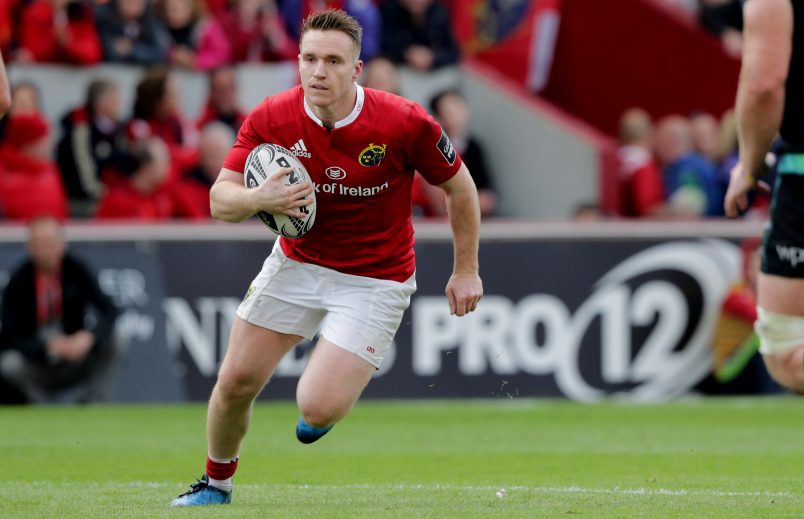 Rory Scannell will make his first start of the season for Munster tomorrow night. ©INPHO/Morgan Treacy

Director of Rugby Rassie Erasmus again keeps faith with largely the same side that has recorded three wins from three to date in naming his side for tomorrow night’s Guinness PRO14 clash away to Glasgow Warriors at Scotstoun – ko 7.35pm.

Again Erasmus makes just one change with Rory Scannell set for his first start of the new season.  Named at inside centre, the Irish international starts alongside Chris Farrell for the first time.

Scannell’s fellow international, Dave Kilcoyne, has successfully rehabbed the knee injury he sustained in the win over Cheetahs and is included among the replacements.

This game will be televised live on TG4. 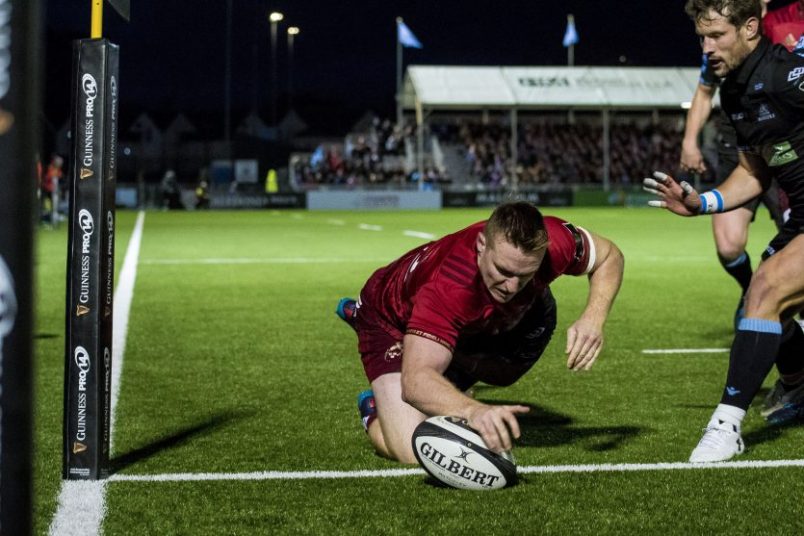 Munster tasted defeat for the first time this season as Glasgow Warriors claimed the bonus-point win in stylish fashion at Scotstoun.

Both Rory Scannell and Chris Farrell scored tries for Rassie Eramsus’ side, but the home side dominated throughout and tries from Leonardo Sarto, Lee Jones, Nick Grigg and Scott Cummings gave the Scottish side a deserved victory.

The win sees Warriors take over at the top of Conference A in the PRO14, while Munster remain in second place, four points back from the new leaders.

Despite the loss of Rory Hughes in the second minute Glasgow were not unduly weakened by the introduction of Sarto on the wing, and it was the Italian flyer who broke the early deadlock with a well finished try in the fourth minute. Finn Russell was on the mark from the conversion for a 7-0 lead.

A powerful jackal from Jones forced Farrell into the concession of a penalty after ten minutes, and again Russell was on target to stretch his side’s lead out to 10-0.

Two minutes later Munster gained their most significant territory of the game to date when Bleyendaal kicked a breakdown penalty to the corner. Tommy O’Donnell on the loop was stopped short, but a few phases later the ball was switched right again and Darren Sweetnam sent Rory Scannell over for the try.

Bleyendaal’s touchline conversion crept inches wide and the New Zealander was also off target from the tee shortly of the half-hour mark, but at the other end Munster’s lineout defence had to be sharp to deny Warriors from close range when Billy Holland did well to steal.

Six minutes from the interval Russell stretched Glasgow’s lead to 13-5 when Munster infringed at a lineout, but worse was to come two minutes later when the home side broke out from Munster’s 22 and Jones scored a wonderful try for a 20-5 half-time lead.

The loss of Jack O’Donoghue and Sean O’Connor in the first-half meant early introductions for Fineen Wycherley and Robin Copeland, but Munster’s hopes took another blow four minutes after the break when Holland was yellow carded for pulling down a rolling maul.

A minute later Warriors made their numbers tell when Grigg scored in the right corner, while Russell’s conversion made it 27-5.

Munster were somewhat fortunate to hit back immediately when Farrell intercepted George Turner’s pass – Rory Scannell was off target with the conversion – and shortly afterwards Russell tapped over a straightforward penalty to stretch Warriors lead again.

And 17 minutes from time Warriors sealed the bonus point when Sarto’s good work was finished off by Cummings, while Munster youngster Wycherley was sent off four minutes from the end for dangerous play at the ruck.

Guinness PRO14 round 4 round-up:  Rory Scannell made his first start of the season, scoring a try.  Three academy players were included in the squad – Liam O’Connor and Sean O’Connor starting with Fineen Wycherley making a first half appearance from the bench.

On the injury front Sean O’Connor will need to be assessed further for a neck injury while Jack O’Donoghue and Darren Sweetnam were both removed for HIA’s. 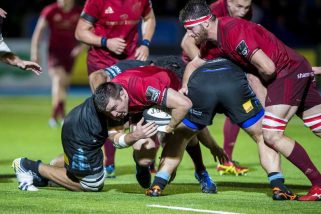 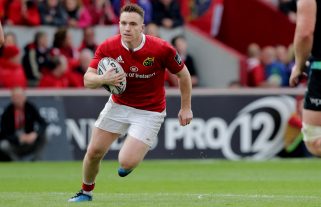 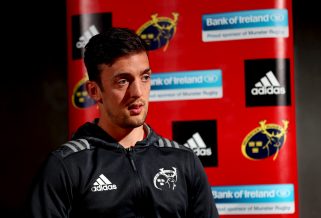